Source: Patriarchia.ru
Natalya Mihailova | 05 July 2014
The monks of the Holy Transfiguration Valaam monastery have sheltered 116 refugees from Eastern Ukraine in their metochion in Priozersk. This was related by Vasily Rulinsky, press secretary of the Synodal Department for Church Charity. 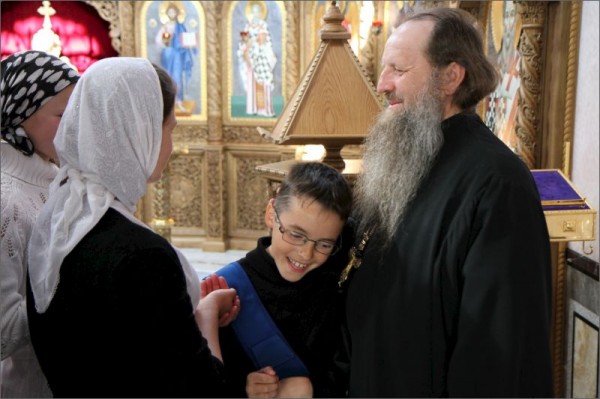 “Today, we have prayed for peace in Ukraine together with refugee children from the Donbass, which our metochion has welcomed in Priozersk. To date, the Valaam metochion is taking care of 116 refugees from Southeastern Ukraine,” reports V. Rulinsky, quoting a source in the monastery.

The first refugees from Eastern Ukraine arrived in Priozersk in early June, according to the portal “47News.” They were women and children. Monks of the Valaam monastery and civil society activists collected donations for these refugees.

On June 19, the newspaper “Arguments and Facts” reported that the Priozersk and Gatchina Districts of the Leningrad region had already welcomed 300 refugees from Eastern Ukraine. The regional authorities have promised to accommodate all refugees and provide temporary accommodation for those people who have temporarily left Ukrainian territory.”

In early July, the Leningrad region will release a memo for refugees with all necessary telephone numbers. In addition, there is a single call-center inside the region for the refugees. By calling +7 931 372-16-56 they can receive all necessary information.

The situation in Eastern Ukraine remains tense. After Ukrainian President Pyotr Poroshenko ended the ceasefire, both sides continued their armed confrontation. This has lead to an increase of refugees from the region.