On Morality of Entities

Source: Fr. Sergei Sveshnikov
Whether one supports or opposes the recent attack on Syria by the United States aided by a few British and French missiles, the prevailing motif of the ensuing argument appears to be the moral aspects of the strike.
Priest Sergei Sveshnikov | 07 May 2018 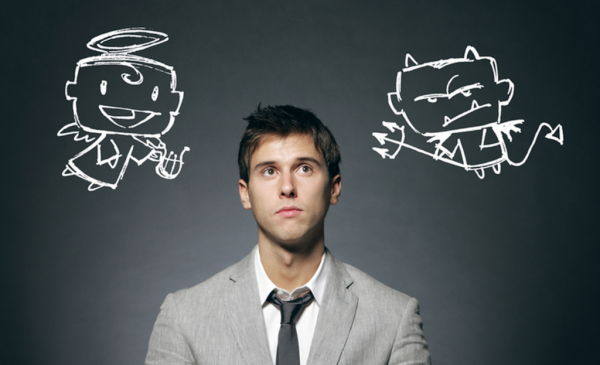 Whether one supports or opposes the recent attack on Syria by the United States aided by a few British and French missiles, the prevailing motif of the ensuing argument appears to be the moral aspects of the strike. Those who support the strikes argue that it is morally reprehensible to use chemical weapons, and, therefore, it is morally right to bomb those suspected of such actions, regardless of the apparent lack of a solid legal ground for such a strike or the fact that guilt or innocence have not yet been proven. Our perceived moral right, even a moral obligation, to act trumps any “laws of men” or a possibility of a mistake. (After all, if we make a mistake, it will be an honest one and in pursuit of a moral imperative.)  This reminds me of a news story published in The Oregonian in the early years of our War on Terror. The newspaper reported that a U.S. drone fired a missile at a vehicle carrying “suspected Al-Qaeda suspects.” The “suspected suspects” happened to have noticed the drone and fled the vehicle in different directions, escaping with their lives, even though the missile did strike their vehicle. But this term—“suspected suspects”—made me pause and try to understand just what exactly was meant by it. Apparently, the U.S. military did not have enough information to designate the targeted people as suspects, but only as “suspected suspects”—that is to say, “suspects twice removed.” Perhaps, it will be determined that Syria did in fact use chemical weapons or maybe not—in the end, as long as it qualifies merely as a “suspected suspect,” the U.S. asserts the right to use deadly force. This was true a decade-and-a-half ago, and it is still true today. The bar of moral superiority is set quite low when moral superiority is asserted as a birth right. 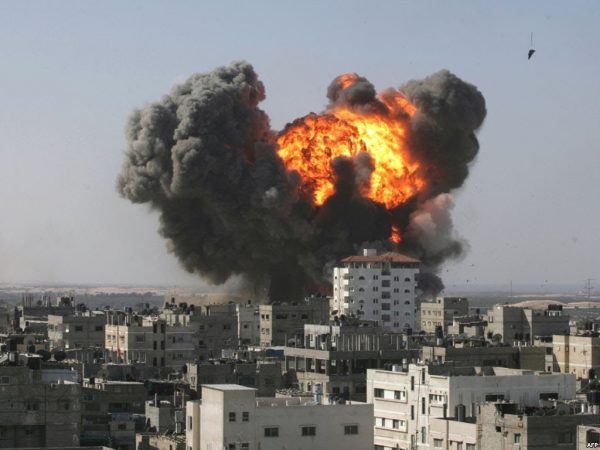 On the other hand, those who oppose the strikes argue that it is morally wrong to violate international law by sending uninvited military forces into a sovereign foreign country, setting up military bases there without the permission of the country’s government, lingering there for several years while arming and supporting an opposition whose stated goal is the violent overthrow of the government, and occasionally shooting a hundred-or-so cruise missiles while asking the rest of the world to simply trust us on that. There is a lot to unpack here, but imagine Mexico setting up military bases in the U.S. in a bid to arm and support the DACA or the Dreamer opposition to the White House. Or imagine that the African Union decides to send weapons to Black Lives Matter activists in light of the undeniable history of slavery, segregation, and continued racism in the U.S. Finally, imagine that Canada reads tweets and Facebook posts about the Dakota Access Pipeline protests and decides that the use of tear gas, rubber bullets, and water cannons against peaceful Native American protesters in 28°F weather is morally wrong and shoots a dozen cruise missiles at the North Dakota State Police barracks and the National Guard. Sounds crazy, right? Who do they think they are to meddle in our life? We can solve our own problems—whether slavery, civil rights struggles, economic inequality, or whatever may come next—without foreign interference. But perhaps, sometimes we forget that the Golden Rule is a two-edged sword, and that the way we treat others may one day boomerang back to us.

All of these concerns could be dismissed outright, if only we could be certain that our politicians have never misled anyone, never lied to anyone, and never misrepresented anything—in other words, if our politicians always and in every situation acted in accordance with high morals. Perhaps, the genocide of Native Americans or the enslavement of Africans—both supported and carried out by U.S. chief executives—are matters of ancient history for some. But the more recent abuses of power by President Nixon uncovered following the Watergate scandal, or the sale of weapons to the “moderate” Iranians by President Reagan in violation of an arms embargo uncovered in the Iran-Contra scandal—both of those should make us, to paraphrase Ronald Reagan, “trust but verify” when we listen to our politicians. Speaking of selling weapons to Iran in mid-1980s, this was at about the same time that the U.S., U.K., and France stood by and passively looked on as Saddam Hussein repeatedly used chemical weapons against Iran. No moral outrage by the Western democracies, no “red lines”—perhaps, this was because the equipment and precursor chemicals for Iraqi chemical weapons program had been provided to Iraq by German and U.K. firms. The U.S. provided Saddam with intelligence on Iranian positions to be hit with those chemical weapons.

Finally, I still do wonder just what exactly Secretary Powell had in that little vial he was displaying at the United Nations Security Council while claiming that there was “no doubt” in his mind that Iraq was developing weapons of mass destruction—baking powder? corn flour? As ludicrous as it may sound, but it is very much possible that Secretary Powell truly did not have any doubt in his mind.