Source: DECR
Natalya Mihailova | 11 February 2015
On 8 February 2015, when the Russian Orthodox Church celebrated the Synaxis of the new Russian martyrs and confessors, a Church of the Holy Royal Passion-Bearers was consecrated in the town of Hua Hin, Kingdom of Thailand, with the blessing of His Holiness Patriarch Kirill of Moscow and All Russia. 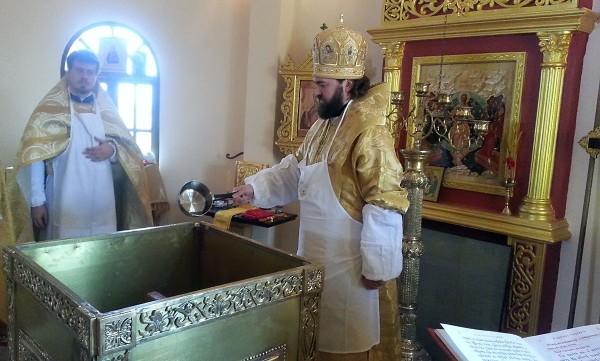 Archbishop Feofilakt of Pyatigorsk and Cherkessk performed the rite of consecration and celebrated the first Divine Liturgy in the church. Concelebrating with him were the clergymen of the Russian Orthodox Church who are performing their pastoral service in the Kingdom of Thailand, as well as a cleric of the Cathedral of the Saviour in Pyatigorsk, protodeacon Dimitry Kuba. 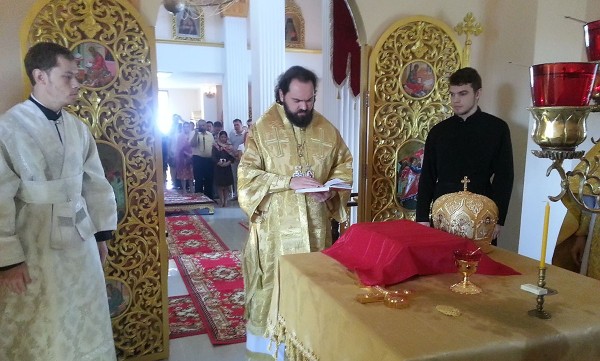 Among those who were praying at the service was H.E. Mr. Kirill Barsky, Ambassador Extraordinary and Plenipotentiary of the Russian Federation to the Kingdom of Thailand. 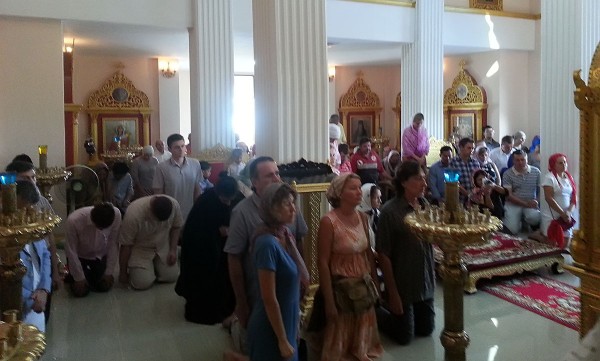 The archpastor congratulated all the worshippers on the consecration of yet another Orthodox church in the land of Siam, conveyed to them the blessing of His Holiness Patriarch Kirill of Moscow and All Russia, and wished them strength and God’s help in going through the period of Lent with penitence and attention. 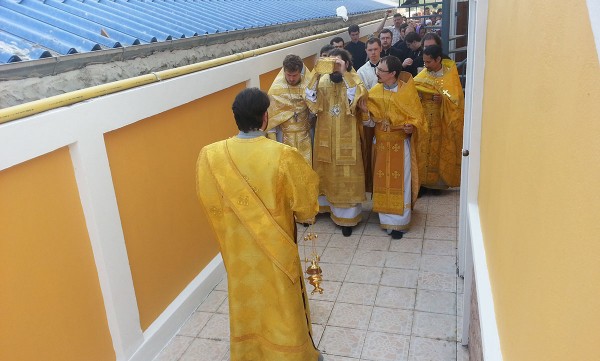 Commemorating the forthcoming 125th anniversary of the first visit to Siam of Tsesarevich Nicholas (future Emperor Nicholas II), a ceremony of presenting the awards of the Russian Imperial House to those, who had contributed to the spread of Orthodoxy in Thailand, took place at the Church the Holy Royal Passion-Bearers.

Most viewed articles
The Authenticity of the Vision of Christ in the Life of Saint Silouan120
Epistle of the Council of Bishops of the Russian Orthodox Church Outside of Russia103
Living with Cunning People77
“A New Creation” Through the Cross of the New Adam65
The work of the Church in society is quiet, but full of hope and love, says the Director of Lumina Publications35
Most popular authors
Archimandrite Zacharias Zacharou120
Pravmir.com team103
Fr. Andreas Agathokleous77
Priest Philip LeMasters65
Ștefana Totorcea35