Source: DECR
Natalya Mihailova | 14 February 2015
On February 12, 2015, the Synaxis of the Three Hierarchs: St. Basil the Great, St. Gregory the Theologian, and St. John Chrysostom, a church dedicated to St. Sergius of Radonezh was consecrated in Chang Island, Thailand, with the blessing of His Holiness Patriarch Kirill of Moscow and All Russia. 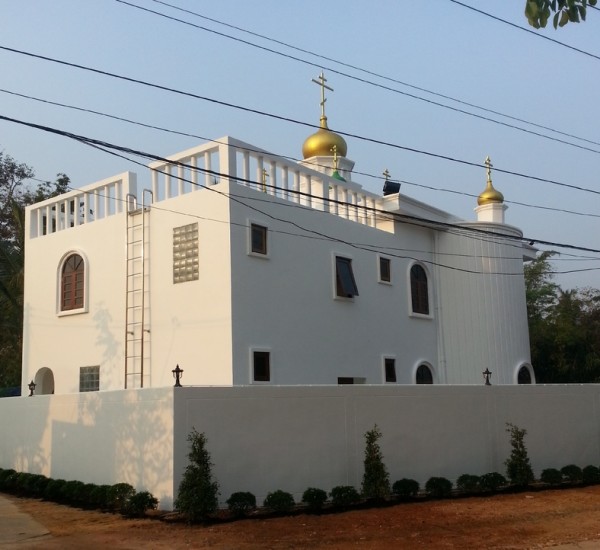 The foundation of the church was laid in honour of the 700th anniversary of the Abbot of the Russian Land and, by God’s mercy and through persistent efforts of Russian compatriots to glorify this great man of God, the church has been erected in the anniversary year. 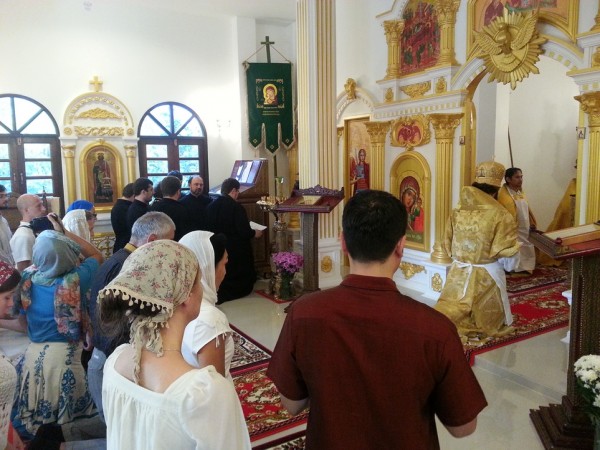 The rite of the consecration and the first Divine Liturgy in the newly-consecrated church were celebrated by Archbishop Feofilakt of Pyatigorsk and Cherkessk, with the assistance of the Russian Orthodox clergy serving in Thailand and Protodeacon Dimitry Kuba of the Cathedral of Our Saviour in Pyatigorsk. 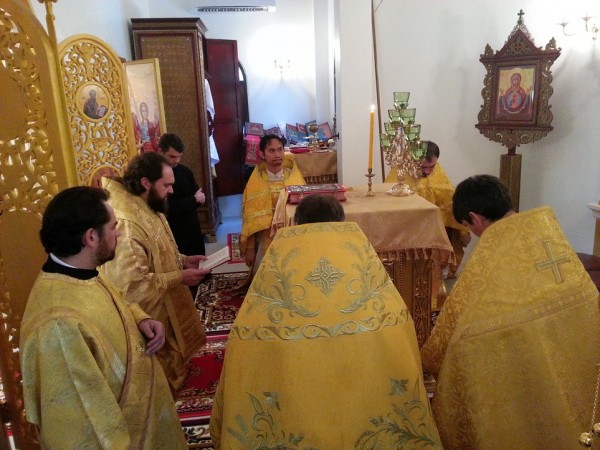 During the liturgy Roman Postnikov, a student of Belgorod Seminary, was ordained as deacon for service in Russian parishes in Thailand. 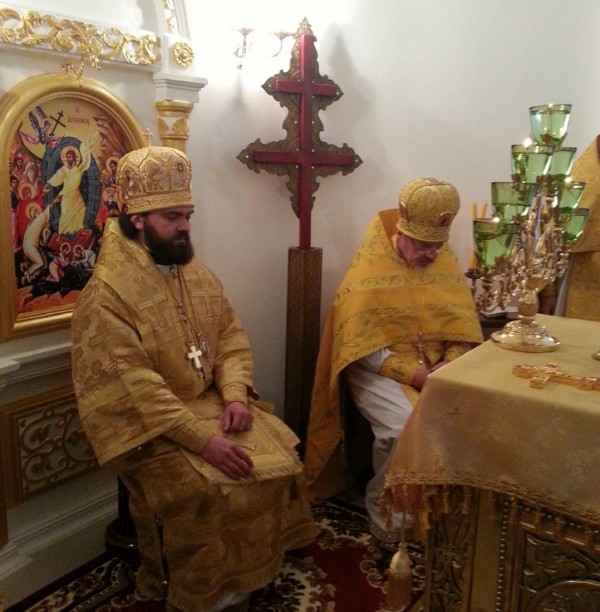 Patriarch Kirill conferred high church awards on several people who worked hard to preach Orthodoxy and to build churches in Thailand, among them Archpriest Daniel Vanna, chairman of the Orthodox Church Foundation in Thailand, and church wardens A. Biba and M. Ilyin.