Source: Vestnik Kavkaza
Natalya Mihailova | 06 February 2015
About a month has passed since the tragedy in Paris when 12 members of the Charlie Hebdo magazine were killed in an attack. The reaction in Russia differed from that in the West. The cartoonists were not called heroes there, people doubted that freedom of speech was above the feelings of believers, especially when satirical pictures were made about Islam and Christianity. Thirty priests took part in a protest of millions in Grozny, demanding respect for believers. The Russian government and authorities of all traditional religions reached a consensus that offending religious relics provokes interethnic and interreligious hatred that may turn into a global conflict. The Russian Orthodox Church says that the world is undergoing a struggle against religious conscience that people need in order to gain internal freedom. The consolidation of believers to fight the process starts playing a special role. Patriarch Kirill of Moscow and All Russia made a speech at the Christ the Saviour Church in Moscow yesterday about the life of Orthodox parishes in post-Soviet states. He described the relations between the church, states and public where the Russian Church has its missions. 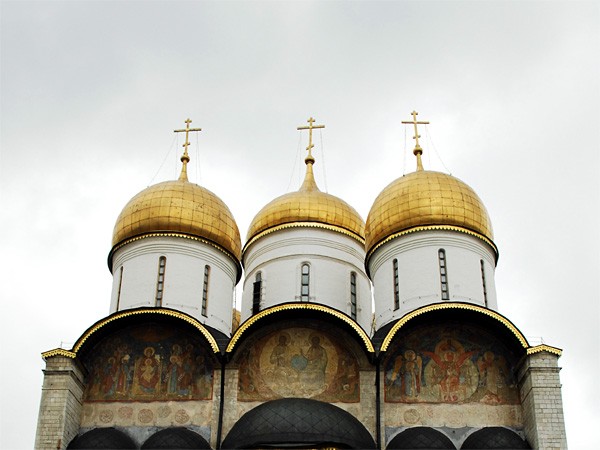 The Church and the government are constructively cooperating, as seen from the restitution of Orthodox churches to the Baku Eparchy. Azerbaijani laws against extremism make the life of pseudo-Islamic and other destructive sects tough. Good relations are maintained with the Caucasus Muslim Board. Its head, Sheikh-ul-Islam Allahshukur Pashazadeh, contributes to their development personally. Some problems do appear in relations with local authorities when realizing religious initiatives. Hopefully, there will be positive changes.

The Belarusian Exarch puts effort into strengthening spiritual and cultural ties between the fraternal nations, preservation of traditional values. Despite significant positive results in the clerical-public dialogue, the problem of implementing lessons on the basics of ethics into the network of the school program remains unresolved.

Orthodox Christianity and the Hanafi Islam are traditional religions in Kazakhstan, where a high level of clerical-public and interreligious cooperation has been achieved. The country’s law protects its territory from radical religious movements. Under the threat of religious extremism, the state authorities pursue a balanced policy to counteract it, using restrictions for some organizations as an instrument, traditional communities show understanding. Within the framework of the Customs Union and further Eurasian integration, it is important to maintain an active clerical and public dialogue in the country, which will have a positive impact, for example in stabilization of migration of the Russian-speaking population from Kazakhstan.

Orthodox Christianity and Sunni Islam are perceived here as historically-established religions. Relations between the authorities of the country and the Church are improving. Positive experience in holding public events was accumulated throughout the short period of the eparchy’s existence.

A growing negative attitude toward the church can be observed there by some political circles. However, the state doesn’t forget the years-long experience of constructive dialogue with the Latvian Orthodox Church and follows the tradition of a respectful attitude toward it. The Church has an opportunity to work with Russian-speaking people and social organizations. However, some cultural and educational initiatives by the Church are not developed or fulfilled.

The Lithuanian Orthodox Church uses all the rights provided by the national Constitution along with other historic religions and churches. The views of Orthodox citizens are considered under development of laws on cultural and educational issues. The state budget allocates money to support the Church every year.

The authorities support restoration of Orthodox cathedrals, including architectural monuments. Cooperation between the Church and the state develops in social and cultural spheres; cooperation with the Armed Forces, the police and penitentiary facilities is being strengthened.
Despite the positive results achieved, the Orthodox Church of Moldova is worried about attempts to legitimize the holding of social events by sexual minorities and about making amendments to the Law on Cults, according to which the Moldovan Orthodox Church is equal to any other religious organization.

Regular contacts between the authorities and the eparchy show a stable position of the Church in the country. The city administration of Dushanbe agreed to allocate land for construction of a cathedral. The eparchy has a great potential in development of religious education. Good neighborly relations exist between the titular nation and the Russian-speaking people; and the Dushanbe eparchy contributes to the relations.

An obvious achievement is establishing of spiritual educational centers under churches in Ashkhabad and other cities. Unfortunately, the state authorities don’t pay serious attention to all the issues which are connected with the Church. For example, they don’t respond to requests about returning church buildings. Unfortunately, in the last two years the negative situation became worse; residents of the country with dual citizenship became victims of it. Some official bodies have a direct improper attitude toward so-called bipatrides. The problems in entering Turkmenistan by foreign clergies is still unresolved. Entry to the country often faces difficulties. We understand the restrained policy on religious influences from abroad by Central Asian countries. We understand that uncontrolled development of the situation can lead to a growth in the number of extremists and radicals and destabilization of the situation in the regional countries and even bloodshed.

The Law on Freedom of Conscience and Religious Organizations doesn’t restrict the church’s activity seriously. However, it doesn’t require the establishment of public religious schools or providing missionaries. In the last few years the Orthodox Church has improved its positions and continued development of joint activities with various communities, the Russian, Ukrainian and Belarusian embassies and republican cultural centers. Last year almost 150 joint arrangements were held. Rossotrudnichestvo supports the Church.

Since the beginning of 2014 the activity of schismatic organizations has intensified, including the so-called Kiev Patriarchy. Its representatives try to capture and seize churches of the canonic Orthodox Church. This is the main threat to the fragile inter-religious peace in Ukraine. Another problem is the return of the Church’s property. The Ukrainian Orthodox Church calls on the government to adopt laws on a moratorium of privatization of former church property and returning it to the Orthodox communities.

Relations between the Church and the authorities are developing distantly. Some political circles still have prejudices that the Estonian Orthodox Church of the Moscow Patriarchy is a threat to the country’s statehood. As Estonia has taken a political course on distancing itself from Russia, it doesn’t pay significant attention to the needs of the Estonian Orthodox Church. Thus, the situation with returning the Church’s property remains unchanged. The current situation is explained by the position of the Constantinople Patriarchy, which doesn’t agree with returning churches to the Moscow Patriarchy.
However, constructive relations are built with the authorities at the municipal level. Considering the large number of Orthodox people in Estonia, the authorities invite the Church to cooperate. The Church has access to educational, healthcare and penitentiary facilities.