Orthodox Service “Mercy” to Open a Rehabilitation Center for Homeless 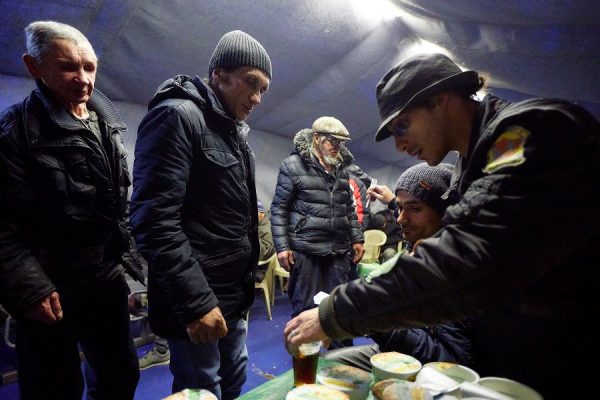 According to patriarchia.ru, the Rescue Shelter of the Orthodox service “Mercy” is organizing a rehabilitation center in Moscow, where 20 homeless people will live on a permanent basis in a house specially designated for their rehabilitation and will receive the support from a team of specialists. People who have expressed the desire to start a new life will take part in the rehabilitation project.

The project manager, Roman Skorosov, noted that the rehabilitation scheme had been developed over three years. In 2019, 19 out of 118 people who participated in the experimental rehabilitation project for the homeless of the “Mercy” managed to get a job or re-connected with their relatives.

“Helping people return to society is the main task of the Shelter, and this can be done most effectively at the rehabilitation center,” emphasized Roman Skorosov. “Our team of specialists consists of an addictologist, psychologist, social worker and priest. They develop an individual rehabilitation program for each homeless person.”

The creation of our own rehabilitation center on the premises of the Shelter became possible thanks to the Presidential grant, explained Irina Meshkova, Head of charity programs of the “Mercy”, Head of the department for helping the homeless of the Synodal Department for Charity.

“We understand that the homeless who live on the streets of a metropolis are those who can still return home, so we put all our efforts to assist them in this,” said Irina Meshkova. “It is quite symbolic that it is on this day that we begin to equip our center, because on January 21, the Rescue Shelter turns 7 years old. The Shelter has become an entry point for people who want to change their lives. Receiving urgent social assistance, while being in this environment, the homeless person understands that he or she can get even more, that they can stand on their own feet.”

For 7 years of operation of the Rescue Shelter, almost 250 thousand requests for help have been recorded: people came to the Shelter usually 100 times a day, 2,960 people were able to recover their lost documents, and 8,193 air and railway tickets were purchased.