Priest Feeds the Homeless in Ishimbay 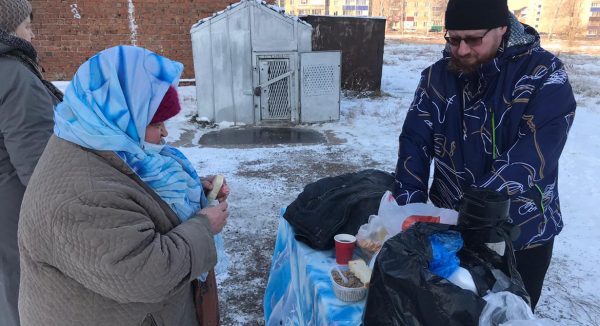 In the Bashkir city of Ishimbay, Priest Alexy Terentyev, a cleric of the Holy Trinity Church of the Salavat Diocese, organized a project to feed the homeless, including those who found themselves in difficult life situations.

The project called “From Heart to Heart” was launched on December 12. Members of the Ishimbay Family Sobriety Club help Fr Alexy in this project, reports the website of the Synodal Charity Department of the Russian Orthodox Church.

A vacant lot near the old Hungarian-German cemetery was chosen for the organization of a feeding place. On the first day of the project, hot meals were received by 8 people. 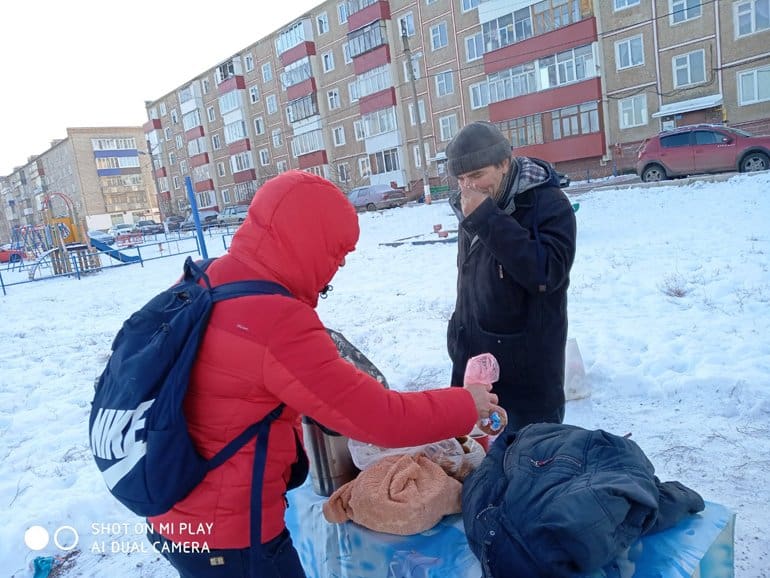 “We wanted to start feeding the homeless for a long time. But it was necessary to solve various organizational issues for this. For example, finding a vacant lot where we wouldn’t be a bother to anyone. We have found such place. It is near the old Hungarian-German cemetery in Ishimbay. This project was supported by members of the Family Sobriety Club, with the help of which we purchased disposable utensils, containers, and brought tables,” said Fr Alexy.

In addition to the homeless, the participants of the project decided to also feed those who have housing, but have difficulties in life. 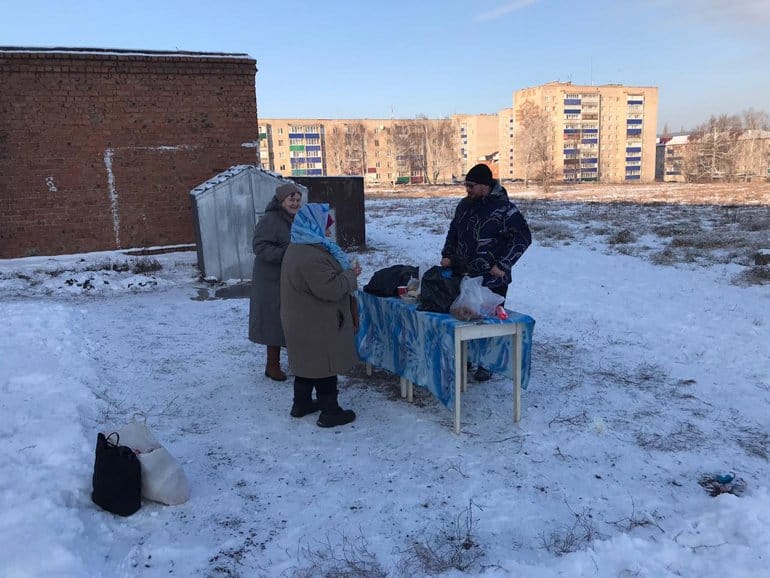 “There are people, for example, who have a roof over their heads, but don’t have electricity or gas, because they are cut off for debts, unemployed, and have no means of subsistence. We would also like to somehow help them, support them. In the summer, it is much easier for them to find food for themselves, but in winter, sometimes it’s even impossible,” said Yuri Gnusarev, a volunteer.

For the first distribution of food, hot meals were prepared by Fr Alexy himself and his wife. The volunteers informed the homeless and those in need that there would be food distribution.

According to the website of the Salavat diocese, the first meals included: buckwheat porridge with sausages and hot tea with cookies and sweets. 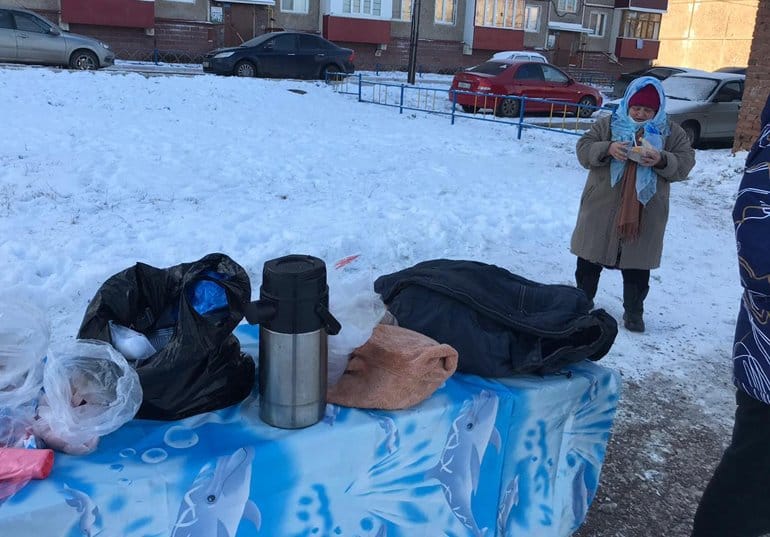 “After that, when information has spread, people began calling and offering their help. Thanks to this, funds were raised for the purchase of special thermoses for hot food. City residents also began to bring food. The director of the “7 Fridays” cafe offered her assistance in preparing off-site dinners. From now on, the employees of the cafe will prepare a menu for the month and prepare hot meals. We expect that the number of people will also increase at the next feeding, since about 20 people are already waiting for this help,” said Fr. Alexy.

Feeding the homeless and needy in Ishimbay will take place once a week on Saturdays.

It is reported that today in Russia, with the participation of the Church, over 90 shelters for the homeless have been opened, 14 buses of mercy (mobile points for helping the homeless), and about 450 charitable canteens are operating.