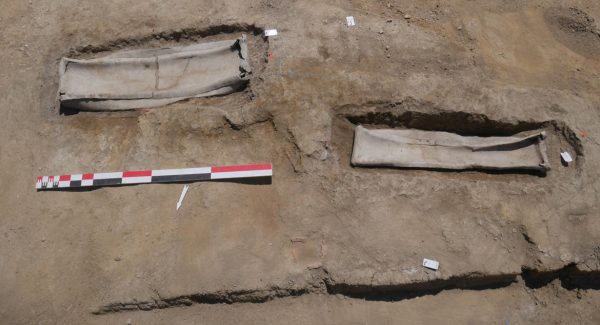 Archaeologists excavating the paleochristian necropolis in Autun, central France, have unearthed almost 150 burials, reports The History Вlog. They evince a notable diversity of forms from large sandstone sarcophagi to wood coffins to lead coffins and graves lined with terracotta tile. Consistent with the funerary practices of early Christians, very few objects have been found interred with the bodies. 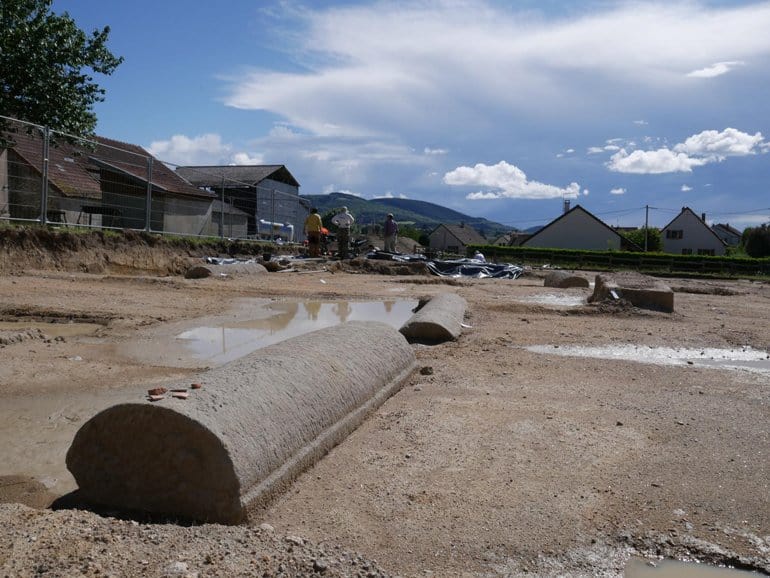 Autun, Augustodunum in antiquity, was founded by the Emperor Augustus as the capital of the Aedui, a Celtic people who had been Julius Caesar’s allies during the Gallic Wars. It remained populated and well-defended through the 4th century (the pagan Emperor Julian defeated a Germanic invasion force there in 356 A.D.) and beyond, surviving Germanic conquest, first by the Burgundians, then the Franks, as well as the eastward expansion of the Umayyad Caliphate. The city was never abandoned or raised. Today two of its Augustan gates survive and the remains of a large Roman theater, among other ancient ruins.

The former church of Saint-Pierre l’Estrier was built in the first half of the 4th century on the grounds of a pre-existing cemetery just east of the city walls of Augustodunum. The cemetery had been in use for at least 25 years before the church was built on top of the foundations of an older building, believed to have been a Gallo-Roman villa. Christianity was already well-established in the city at this time, which we know because its bishop Reticius had been invited by Constantine to debate the Donatist heresy at a council in Rome in 313 A.D., a very prestigious invitation extended to only two other bishops in Gaul.

There is also archaeological evidence of a prominent Early Christian community here. In 1839, an ancient funerary inscription was discovered at the Saint-Pierre l’Estrier necropolis. Dating has proved challenging, but its language and character style indicate it was carved between the end of the 2nd century and the second half of the 4th century.

In the dedication, written in Greek, one Pektorios first exhorts that his fellow Christians, whom he poetically refers to as the “celestial race of the Divine Fish,” keep a pure heart. These five lines form the acrostic ΙΧΘΥΣ (ichthys), standing for Jesus Christ, Son of God, Savior, and the source of the symbolism of the fish as a signifier of Christianity in the early days when overt self-identification as a Christian could be dangerous. Pektorios then address Christ as the “Fish,” his “Master and Savior,” the “Light of the Dead,” asking that his mother rest in peace. Lastly he asks that his beloved father Ascandius along with his dear mother and brothers remember him as they rejoice in the peace of Christ. 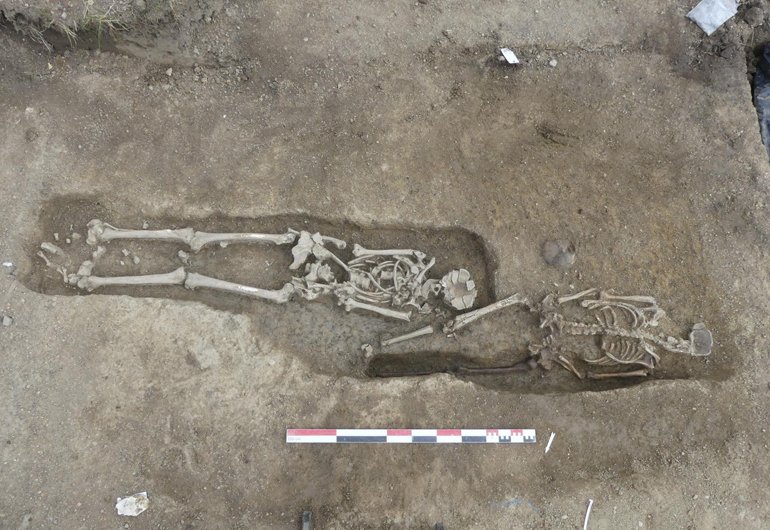 This is one of the first mentions of Christianity in Gallic archaeology. The language and names suggests a connection to Lyon’s Greek-dominated paleochristian community which was established in 177 A.D., the first recorded Christian community in Gaul. Autun is just 100 miles northwest of Lyon linked by a Roman road, so it makes sense that it might have been evangelized very early.

Archaeologists hope that the latest excavation will shed more light on this important community. So far few inscriptions or decorations have been found. Of the eight lead coffins unearthed on this dig, some of unusual cruciform designs. One of them was placed in a stone sarcophagus that was sealed and untouched for 1500 years. When the excavation is complete, the coffin will be opened. If the contents are as well-preserved as the condition of the sarcophagus suggests they are, they may reveal new information about Christian burial practices in late ancient Gaul.