Source: Mission Network News
Christmas celebrations are a shadow of what they used to be in one of the world’s unluckiest places to live: The Gaza Strip.
Ruth K'lama | 22 December 2018 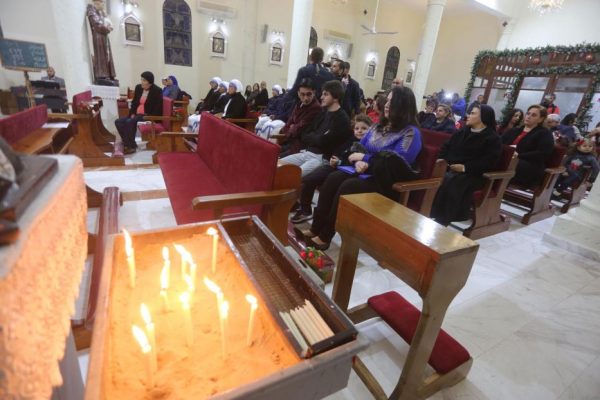 Despair has slowly infiltrated so many aspects of life in Gaza, with roughly 80-percent of the population living below the poverty line. Christmas and Easter were times when authorities granted a brief respite and Christians could visit with loved ones in the West Bank and beyond.

But not this Christmas. 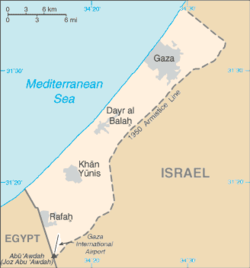 Middle East Concern’s Miles Windsor explains, “Gaza has a small population of Christians*. Year on year, around Christmas time, they apply for travel permits so that they can go and visit family and friends in the West Bank, often in places such as Bethlehem, which obviously carries so much significance.”

However, due to Israel’s increased security concerns, this year, travel through the Erez border crossing looks grim. “This year, this process of being able to apply for travel permits from the Israeli authorities has been severely limited.A great many of the Gazan Christians who were hoping to travel have not been issued these permits.”

In the past, when security crackdowns began, there was a workaround, Windsor says. “There has been a policy and a process in previous years where they were able to apply through the Greek Orthodox patriarchate in Jerusalem to receive these travel permits.”  This year, Israeli authorities refused nearly all the Christmas permit applications, allowing only Christians over the age of fifty-five to travel. 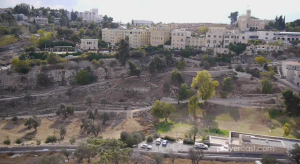 It’s a disappointment for Gaza’s Christians. Christian communities in the West Bank enjoy a greater degree of religious freedom than do the Christian communities in the Gaza Strip, over which the more Islamist Hamas party governs. To that end, Windsor says, ”There are a great many Christians who are suffering, who are in circumstances in which they don’t have the liberty to worship freely. That should mean that we’re prompted to gratitude for our own circumstances, but also to prayer for those Christians who are suffering elsewhere.”

Even though the clock is winding down for making travel plans in time for Christmas, he reminds us that God remains in control. “I think we can still pray that the Israeli will relent and provide travel permits for the Christmas holiday, and that those Christians who are unable to travel will know God’s peace and would still be able to celebrate the birth of the Lord Jesus [while they’re] in Gaza.”

The Church body in Gaza

*What follows is some detailed information on the makeup of the Christian body in Gaza, as shared by MEC:

For disputed territories, MEC uses United Nations terminology. UN Resolution 67/19 of 29th November 2012 granted “non-member observer State status” of the UN to Palestine. The population of Palestine is estimated at around 4.9 million (3 million in the West Bank and 1.9 million in the Gaza Strip). The population is predominantly Sunni Muslim; the Christian communities are now estimated at less than 2% (in 1967 an estimated 12% of Palestine’s population was Christian).

In addition, there are some churches that have legal status as societies or associations but not as religious bodies. The Christian communities are predominantly in the West Bank; there are three churches in Gaza: Greek Orthodox, Roman Catholic, and Baptist.

The Catholic Church operates two primary and secondary schools and some clinics, and the Episcopal Church also operates a hospital in Gaza. A partnership of Christian organizations operates the Lighthouse School in Gaza.

Most viewed articles
Hierarch from North Macedonia Gives Advice to the Ukrainian Orthodox Church91
Can God Break A Promise?82
Participating in God’s Vision78
Patriarch Kirill: Faith in the Lord Gives Us the Ability to Distinguish Between Good and Evil72
First Orthodox Prayer Book in Portuguese Published in Portugal71
Lessons from Saint Mary of Egypt50
Patriarch Kirill: We In No Way Question the Healing Power of the Holy Mysteries of Christ!40
Representative of Russian Patriarch Delivers Rehabilitation Facilities to Children in Syria28
Ethiopian Patriarch Thanks Patriarch Kirill For the Support During the Persecution27
Connected to Community1
Most popular authors
Pravmir.com team328
Fr. James Guirguis82
Priest Dustin Lyon77
Justin Doty50