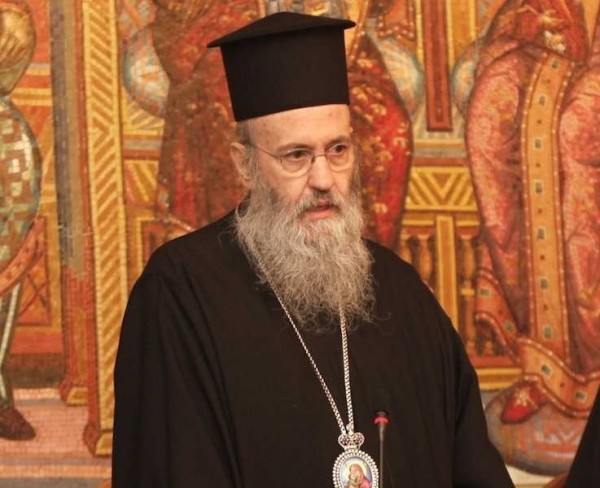 The Orthodox Church is the Church of the Resurrection, because it gives prominence to Christ’s victory over death. Pascha is the overcoming of death, the passage of the Word to the human heart and not the reduction of the heart to human reason and senses. When one examines the “ethos” of Orthodoxy, one finds that it confers the “spirit” and life that comes out of the Tomb: the “life in the tomb” as the hymns say. It is a blaze of light and the ecstasy of life. This is where the difference between western Christianity and the Orthodox Church can be seen:

Saint Francis, in Kazantzakis’ biography, reaches the highest degree of the spiritual life by feeling “God crucified” in his body. He said of this: “It is a cross, Brother Leone, man’s body is a cross – open your arms and you will see, God is crucified upon it”. And he prayed, “My Christ, my love, I ask one favour of you, one favour for me before I die – that I may feel in my body and soul, as far as possible, Your pain and Your Holy passion…” He reached the point of seeing the wounds of the Cross on his body, and when he asked for another, greater, experience, he heard a divine voice saying: “Do not ask for more; this is where man’s ascent ends – at the Crucifixion!”

On the other hand, the Orthodox saint, St. Silouan the Athonite, saw the Resurrected Christ and experienced Pascha within his being and within creation. Following the vision of Christ resurrected he said: “I was living in a paschal feast. Everything was beautiful; the world was grand, people were pleasing, nature was unspeakably lovely, the body changed and became light, strength was added… the soul overflowed with joy; it had compassion on people and prayed for the whole world.”

This difference between Western and Eastern thinking is seen in the difference between Jean-Paul Sartre and St. Seraphim of Sarov. The former (Sartre), disillusioned by western Christianity said: “The other is my hell!”. The latter (St Seraphim of Sarov) addressed everyone who met him with the greeting: “Christ is Risen, my joy”. Each and every ‘other’ is not ‘different’ a ‘stranger’ a ‘foreigner’, but a brother. The experience of the Resurrection overcomes death, neutralises selfishness, and abolishes Hades. Otherwise, man is enclosed in his own personal hell.

In celebrating “our Pascha” as “the feast of feasts” and as “the death of death, the first-fruits of another life that is eternal” we feel within ourselves and around ourselves the scent of spiritual death, of life that is before the Resurrection of Christ. We live this biological life simply for survival, but, indeed, as yet mortal. We chant “Christ is Risen!”, we celebrate on the outside, but the bitterness of Hades rules within us, often even in church life. The remembrance of death is bitter, so too is the pain of loneliness. These poisonous constraints, even in the field of Christianity are bitter; even in the Church itself, which continues to be the Church of the Resurrection and to preach the mystery of the Resurrection.

It is of course our various passions that keep us away from the existential festival of life. Various pressures also make Church life feel different from this. Christians divided by various political considerations, the Orthodox with various rivalries between themselves; these do not remind us of the Resurrected Christ at all.

So, the crucifixion of the Orthodox Church continues. The wounds of the Cross of the Church in Jerusalem, from its internal weaknesses and external influences blacken the “Holy Fire” that comes from the Sepulchre of Christ. The political opportunism, the nationalistic racists with their all too human passions do not allow the joy of the Resurrection to shine out as light to the people round about.

The domineering powers that can be seen in all Christian confessions drain away the “Joy to all”, the “Peace unto you”, the “be of good cheer”, because they are ruled by other alien powers, foreign to the “spirit” of the Resurrected Christ. Unfortunately, politics, often in ecclesiastical dress, are the nails of the crucified Church, the bride of the Resurrected Christ together with the worldly-led pressures that take place in the name of the term “mother Church”…….

Our Pascha, as the victory over death and the experience of life, is lived out today despite these secular-minded powers and tendencies. It is experienced by those who live humbly and existentially within the sphere of the Church, away from secularisation, racism and political considerations and can be clearly seen in the relics of saints.

Normally, the bodies of those saints that have fallen asleep, which are a just mass of cells, within which are included the cells for ageing, should rot away. However, the power and grace of the Resurrection does not let them break up; something which proves they have overcome death. The saint is a person who is asleep awaiting the last wake up call.

This then is our Pascha, as a mystery of the Resurrection, and not as a Christianity of religiosity with the passions of the love of precedence, of division and of rivalry. ‘Our Pascha’ cannot be replaced by ‘our Religion’, which lives under the rule of death. The Resurrected Christ cannot be made up out of the political expressions of Christianity and the power of the Resurrection cannot fit within the so-called “Christian States”. It is experienced in a life beyond the imagination, thinking and speaking; transfigured by Divine Light, with a loving desire for God and with humility.