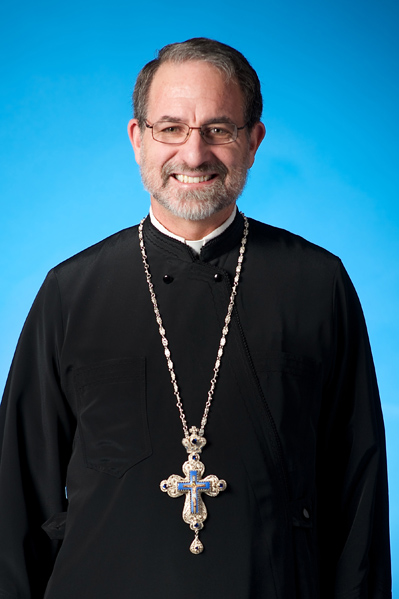 As an Orthodox priest, I have found that the fifty-day season of Pentecost that follows our Paschal celebration in the Church is a critical time in the life of our parish. Many of our faithful, having made the effort to revitalize their spiritual life through the Lenten disciplines of prayer and fasting, easily fall back into the same bad habits and ruts that had previously defined their lives. (I know about this personally!)

Nevertheless, I believe that if we are able to anticipate this problem, it might be easier for us to keep ourselves from backsliding. We must remember that, as fallen human beings, it is much easier to slide from virtue into vice than it is to ascend from the vices to the virtues. During the forty-day period of Lent, for example, we were challenged to learn how to be moderate in the amount of food we consume on a daily basis. (As Americans, we are notorious for having allowed food to dominate our lives…)

During the first week of Lent we were reminded of Esau, who sold his precious faith for a bowl of stew. By thus fasting from certain types of food (e.g., from any food that comes from an animal), we are given the opportunity to learn how to keep our stomach from tyrannizing the soul. Following our celebration of Pascha, however, we can easily allow ourselves to slip back into the same bad eating habits that we had before. Hence, our Lenten school of spiritual reform is undone completely.

This brings us to the question of change. Why is it both so easy, as we have already said, to fall deeper and deeper into sin, but so incredibly difficult to free ourselves from the habitual nature of sin in our hearts? For the truth is that if we fail so show any resistance to our sins, we gradually degenerate as human persons on many different levels: physical, emotional, moral, and spiritual. Sadly, people who often perceive themselves as being the “righteous” are the ones who are in fact the most “grace-proof.” They are the furthest down the road of spiritual neglect – so far down that they no longer have any sense of their own spiritual bankruptcy. Instead of using Jesus Christ as the ultimate standard of truth, perfection, and beauty, they have made themselves their own standard, their own archetype of what is right and wrong in human life. As the ancient Greeks used to say: “man is the measure of all things.” 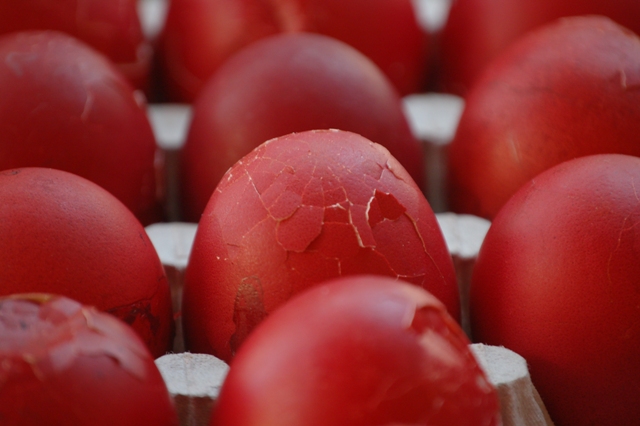 All of this happens for a single reason. Even as young children we were born into the world with the seed of sin buried deep within our hearts. Our children are innocent and pure, yes. But they still possess the sin of our fallen humanity. According to the Bible, we have all been born outside of paradise, having inherited a common predisposition towards sin. Therefore, as we grow older, these sins and passions ­– arrogance, self-centeredness, gluttony, anger, lustfulness, avarice, etc. – become rooted in our souls.

The saints have given us a general scheme of how this demoralizing process works. Sin, they say, begins as a desire for the evil that has been planted into our hearts by Satan. Just as Eve was deluded into thinking that the fruit of the tree of the knowledge of good and evil was “pleasant,” so too are we made to believe the falsehood that the “fruit” of sin is somehow good for us. By its very nature, sin always delivers the opposite of what it pretends to give: instead of happiness, it gives unbearable sadness (spiritual despair); instead of freedom, it gives enslavement; and instead of life, it gives death.

Once our desire for evil has taken hold of our hearts and minds, it soon grows further into our lives through the power of active repetition. The devil says: “Go ahead, once won’t hurt.” Yet before we know it, our sin has become a habitual part of our behavior, over which we are powerless. Furthermore, after the passions have taken control of our minds, hearts, and wills, then spiritual death occurs. This downward spiral of moral bankruptcy is shown to us in the epistle of St. James: Let no one say when he is tempted, ‘I am tempted by God,’ for God tempts no one; but each person is tempted when he is lured and enticed by his own desire. Then desire when it has conceived gives birth to sin, and sin when it is full-grown brings forth death (James 1:13-15).

The sad fact is that there are many professing Christians who gradually lose their faith over the years because they are unable (or refuse) to repent truthfully for their sins. In the letters of St. Paul, we find a reference to two men, Alexander and Hymenaeus, who have shipwrecked their faith on account of their spiritual neglect: By rejecting conscience, certain persons have made shipwreck of their faith, among them Hymenaeus and Alexander, whom I have delivered to Satan that they may learn not to blaspheme (1 Timothy 1:19-20).

During this Paschal season, we are thus being reminded about the miracle of change. As human beings, we must be transformed before we can enter into the Kingdom of God. By having died and risen in Christ, we find the mystery of how to go about working with the grace of God to overcome our passions and sins. Christ is Risen! Indeed He is Risen!