Pastor Andrew Brunson, Imprisoned in Turkey, Warns Next Generation Will Be ‘Blindsided’ by Persecution 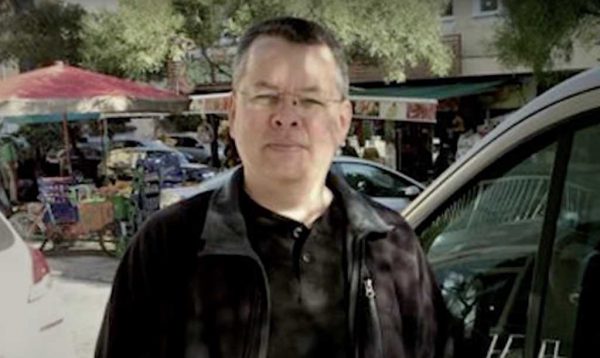 Andrew Brunson, an American pastor who was imprisoned in Turkey for two years before the White House intervened in October of last year, warned younger Christians this week they are not prepared for the kind of religious persecution coming in the future.

Speaking during the Southern Baptist Convention in Birmingham, Alabama, the 51-year-old evangelical minister said those who prayed for him and for the nation of Turkey during his two years of detainment “sustained” him and his wife, Norine.

“The Lord just made me a magnet for prayer,” he said, according to Fox News, “and I think someday you’re going to see that it was really something tremendous that God was doing.”

But the persecution Christians are facing globally, he warned, is really just the tip of the iceberg.

I don’t think that we’re prepared for what is coming, especially the next generation. I fear that many of us are complacent and we’re unaware, and this means that the people in our churches are going to be blindsided by what comes. You are the ones, as pastors and leaders of churches, who have the task of preparing the next generation.

“Many of you,” he added, “are going to have the opportunity to stand in that line of suffering and you have to prepare yourself for that.”

Most viewed articles
Seven Lessons for the New Year from St. Seraphim of Sarov208
The Perfectionist112
New Jersey Governor Signs Bill Legalizing Abortion Up To Moment of Birth91
The Way of Christ Is The Way of Love58
140th anniversary of repose of St Antipas the Athonite of Calapodești celebrated in Roman56
Metropolitan Hilarion Celebrates the 20th Anniversary of His Episcopal Consecration53
A Great Time to Join the Orthodox Church20
How We Worship: the Struggle of the American Experience1
1
Sunday of the Samaritan Woman1
Most popular authors
Priest Luke A. Veronis208
Protopresbyter Themistoklis Mourtzanos112
Ryan Foley91
Fr. Theodore Stylianopoulos58
Aurelian Iftimiu56
Pravmir.com team53
Frederica Matthewes-Green20