Patriarch John of Antioch: We believe in the unity of our Church 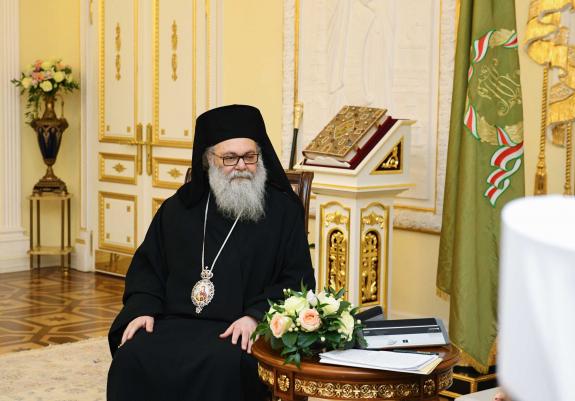 On January 29, 2019, after a meeting with Patriarch Kirill of Moscow and All Russia, Patriarch John X of Antioch and All the East answered questions from media reporters.

–  Your Beatitude, they say Patriarch Bartholomew wants to become the Eastern Pope, to spread his influence in the East. What is your attitude to it?

–  During the recent meeting with State Duma members, Syrian President Bashar Assad said that attempts are made to divide the Church of Antioch, as it was done in Ukraine, in Syria and Lebanon. How true is this?

We are committed to our common cause, our common aims and tasks in Lebanon and Syria. And our people will not accept divisions and schism. Therefore, the Orthodox world should be solidary, united with regard to the phenomena of this sort. We welcome the position of our brothers in Lebanon and Syria and generally throughout the world. The Metropolitan of Beirut, our dear brother, and all the members of the Council share this position.