Patriarch Kirill Presides Over Celebrations in Honor of the 800th Anniversary of St. Alexander Nevsky 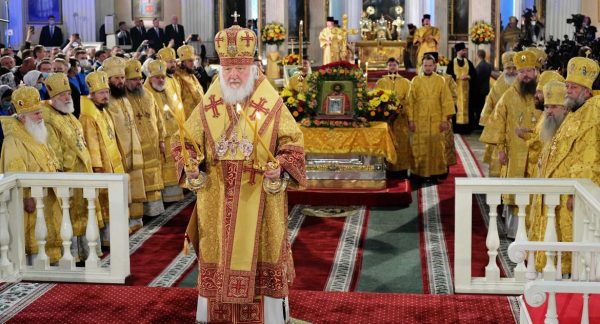 On September 12, 2021, on the feast day of the transfer of the holy relics of St. Alexander Nevsky (1724), His Holiness Patriarch Kirill of Moscow and All Russia presided over the celebrations in honor of the 800th anniversary of the birth of the blessed prince in St. Petersburg. 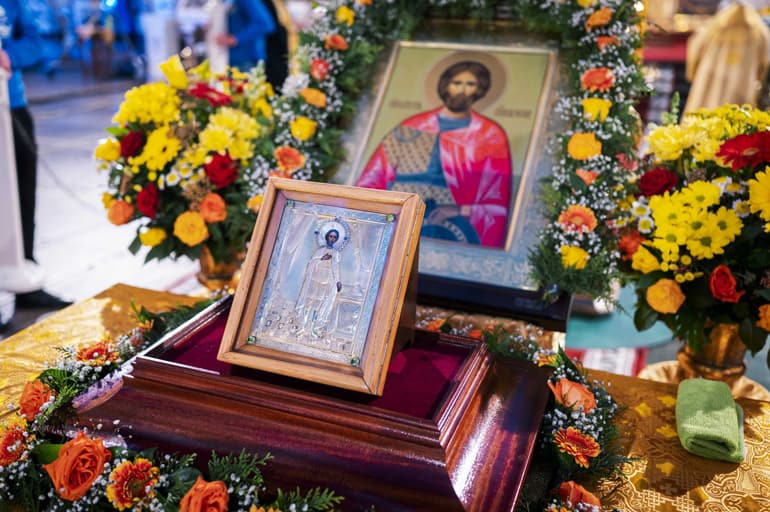 At the beginning of the celebrations, the Primate of the Russian Orthodox Church officiated the Divine Liturgy at the Holy Trinity Cathedral of the Holy Trinity – St. Alexander Nevsky Lavra. The church and the city of St. Petersburg became the center of all-Russian and church-wide celebrations associated with the 800th anniversary of St. Alexander Nevsky, reports Patriarchia.ru. 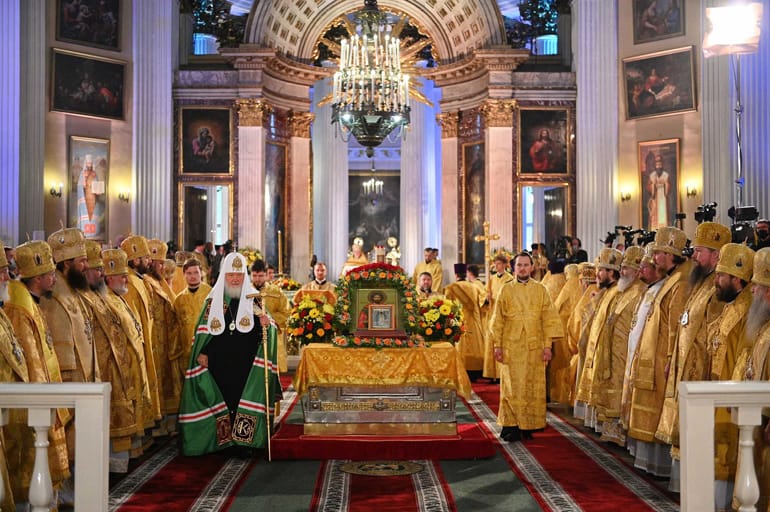 On this day, Patriarch Kirill also celebrated a personal memorable date – 50 years ago, on September 12, 1971, Hieromonk Kirill (Gundyaev) was elevated to the rank of archimandrite.

During the Liturgy, some of the believers prayed, watching the broadcast of the service on two large screens on St. Alexander Nevsky Square, as well as on screens installed on Nevsky Prospekt and opposite the Moscow Hotel. 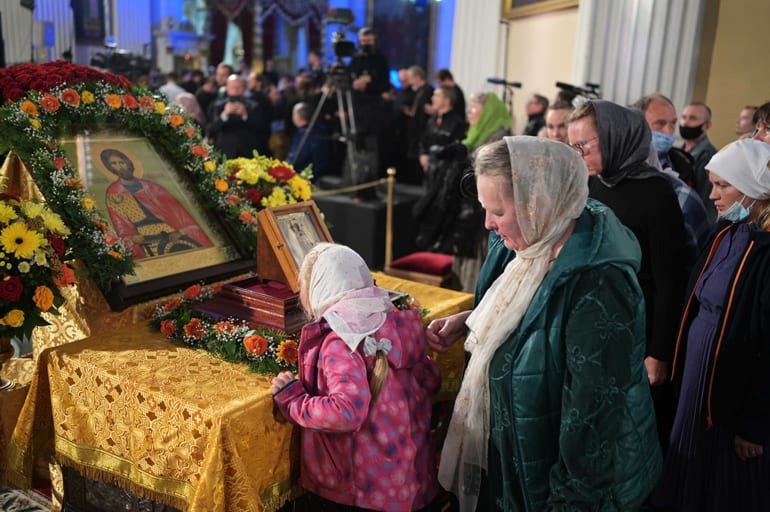 After addressing the faithful and presenting church awards, Patriarch Kirill led the cross procession with the relics of the holy prince from the Holy Trinity Cathedral to St. Alexander Nevsky Square. 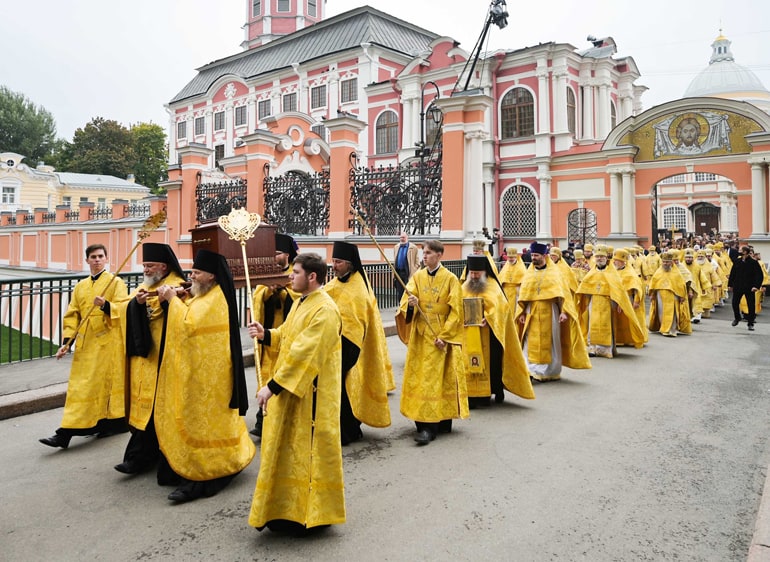 The holy relics were installed on a special platform with a canopy, after which the Primate of the Russian Church offered a prayer to the blessed prince. 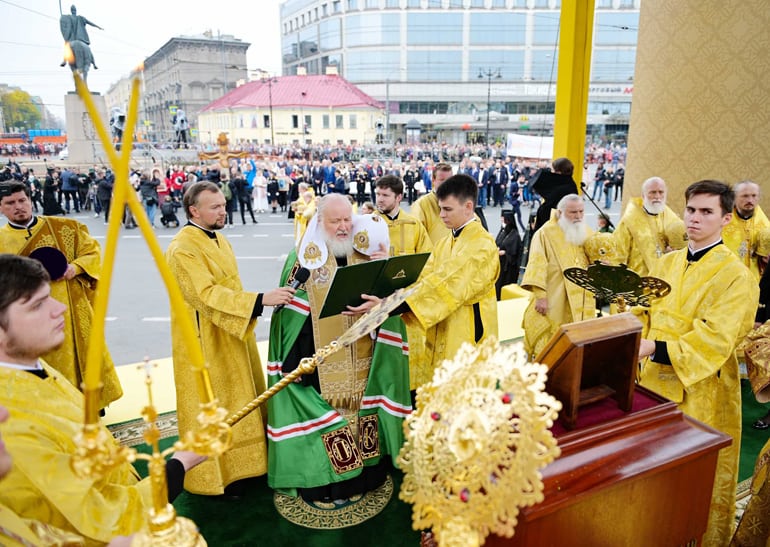 “Prince Alexander led a holy life, not defiling himself in any way, not contaminating his radiant clothes with envy, malice, treachery, or greed – nothing that so easily touches the heart and mind of a person in power. That is why we have been glorifying his name for centuries,” His Holiness Patriarch Kirill said at the end of the prayer service. 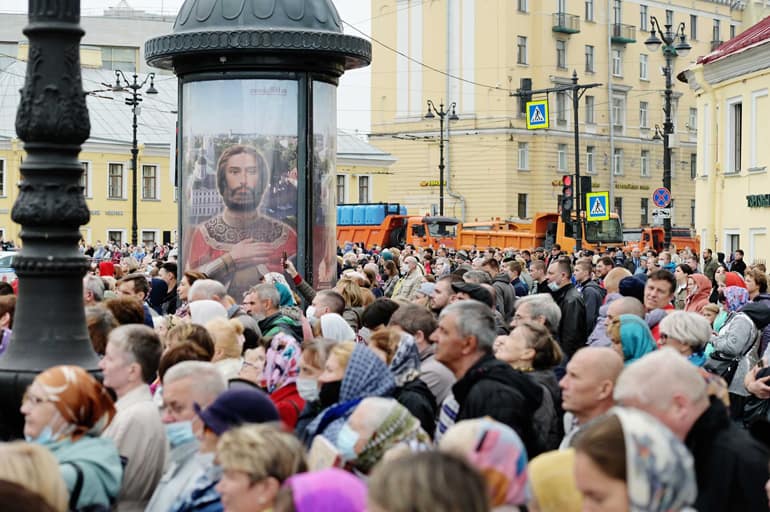 After the Patriarch’s speech and the speeches of the participants in the festivities from among the officials, to the chime of the bells of the mobile belfry, the shrine with the holy relics of St. Alexander Nevsky was transferred to the Holy Trinity Cathedral of the Lavra.