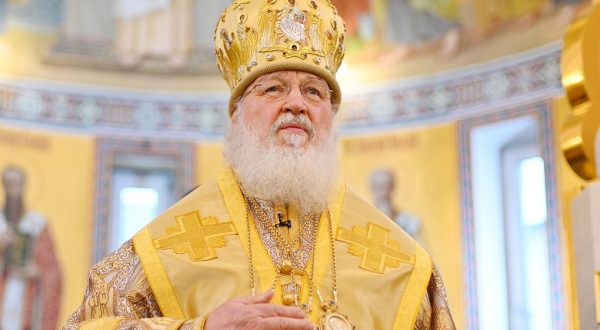 In connection with the work on making amendments to the Constitution of Russia, which is currently under way at the proposal of Vladimir Putin, President of Russia, His Holiness Kirill, Patriarch of Moscow and All Russia, proposed adding a reference to God in the country’s Basic Law.

“Most Russian citizens believe in God. I’m talking not only about Orthodox Christians, but also about Muslims and many others,” said the Patriarch on February 1, 2020 at a reception on the occasion of the 11th anniversary of his enthronement, reports Patriarchia.ru.

According to the Primate of the Russian Orthodox Church, if the national anthem of Russia, which is one of the state symbols of the country, contains the words “Fatherland preserved by God,” then “why cannot this be said in our Constitution?”

“Let’s pray and work, so that God is mentioned in our Basic Law,” suggested Patriarch Kirill.

“There is not such a reference in the constitution yet, but I think that by joint efforts and prayers we will help to ensure that such an exalted idea, which is faith in God, which forms morality, including personal, social, and political, is present in our Constitution as well,” added Patriarch Kirill.

According to the hierarch, a discussion of this issue could begin today.

Recently the head of state, Vladimir Putin, introduced to the Russian State Duma a draft amendment to the country’s constitution. The lower house of Parliament has unanimously adopted the bill in first reading.

It is noted that the amendments are aimed at developing rules that will strengthen the basics of the constitutional system, human and civil rights and freedoms.

At the present time, a working group has been created to prepare amendments to the Basic Law, which is studying proposals for amendments.

Most viewed articles
Strong Orthodox Presence at the 2022 March for Life157
As the End Draws Near – Silence122
Patriarch Porfirije Thanks the Russian Church for Participation in Restoring Serbian Churches116
Do We Act Differently Than Others?108
March for Life participants optimistic for a post-Roe America: ‘This is just the beginning’66
Metropolitan Onuphry: “The Key to the Doors of Paradise is Repentance”57
A Stone Thrown at God and Your Neighbor28
Sunday of the Samaritan Woman2
How We Worship: the Struggle of the American Experience1
The Apostles’ Fast and Theology1
Most popular authors
Pravmir.com team330
Archpriest Stephen Freeman122
Priest Luke A. Veronis107
Ryan Foley66
Protopresbyter Themistoklis Mourtzanos28
Maria Trushanina1