In honor of the fifth anniversary of the Patriarch’s enthronement, we have chosen twenty lucid fragments from his sermons, speeches, programs, and interviews. Continued from part two.

“We know, including from the lessons of our own history, that a people that has lost its historical benchmarks, that has renounced the continuity of generations, is easily converted into an object of social and ideological experiments. And the cost of such experiments is too high.

“Russian history requires defense on the part of civil society. We do not have the right to indifference in the face of attempts to distort it maliciously; we should protect it from the destruction of its key benchmarks. There are boundaries that we have no right to pass. After all, the historical facts themselves that witness to the spiritual strength of our nation in the years of victory and the bitter lessons learned during the years of unrest are able to stop the expansion of destructive social energies.”

(Speech at the XVI World Russian People’s Council “Milestones of History – the Frontiers of Russia.” October 1, 2012.) 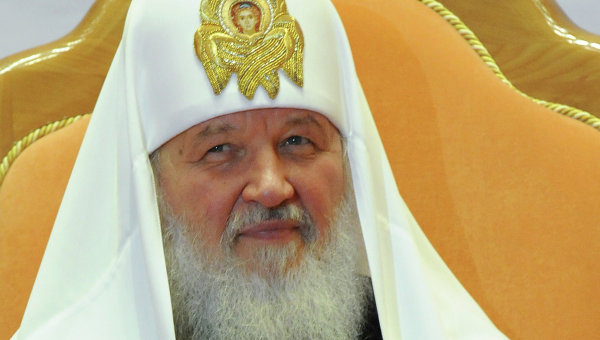 “The journalist is called upon to respond to events in the surrounding world. An Orthodox Christian has the same task: he should respond to the surrounding world not through the prism of his own political preferences, cultural focuses, or under the influence of group interest and psychology, but exclusively through the prism of his Christian convictions.

“This is how an Orthodox journalist differs from any other journalist. But if you look at the world in this way, then this view will be displayed in how you speak, in what you write, and in what you show. Therefore you should have neither rose-colored glasses nor dark sunglasses.

“Before you should be the crystal of your faith, of your convictions. It is through this that you should look upon the world. It should focus your intellectual and spiritual energy and be transmitted to the surrounding world.”

(Address to the participants of the Fifth Festival of Orthodox Journalists “Faith and Word” on October 31, 2012.)

11. On Liberals and Conservatives

“In the virtual realm there are formed groups of church liberals and conservatives who seek not the Truth, not God’s righteousness, but means of how more painfully to prick and more sharply to bite one another. This is a very sad trend. Internal church divisions, strife, and enmity are evidence of infancy in the faith, of a childishness that sometimes takes the form of bullying. But if in a media format such communication is quite naturally, inasmuch as it corresponds to modern concepts of freedom of thought, for our centuries-old church tradition it is as deeply alien as it is alien and contrary to the very spirit of the teaching of the Gospel.”

(Speech at the Diocesan Assembly of the Moscow Diocese on December 28, 2012.)

“The Orthodox Church is called to serve a very great cause: the bringing together of people. But for this to be so, it requires the strengthening of faith among both Orthodox and Muslims. This is may main message to the North Caucasus. No truly believing person will blow up a temple or kill another, because he knows that this is a great sin. But the Orthodox and the Muslim wan to live in accordance with their traditions and in accordance with their laws. And, of course, it is very important that this desire be maintained by the state as well.”

(Address at the brotherly trapeza following the Divine Liturgy on January 27, 2013.)