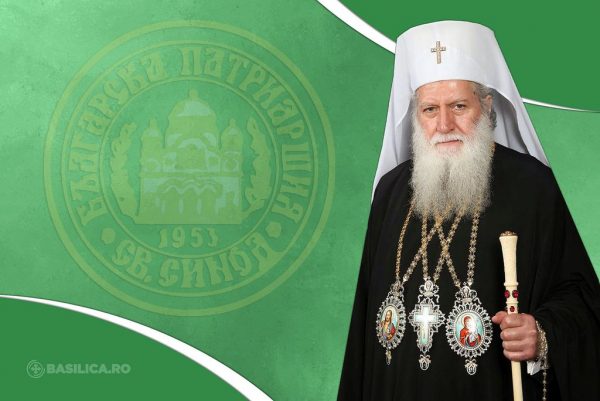 Patriarch Neophyte (born 15 October 1945, Sofia) is the current head of the Bulgarian Orthodox Church from 24 February 2013. Prior to his election, he was the Metropolitan of Ruse.

After completing his primary education in the fall of 1959, Dimitrov was accepted as a student at the Sofia Theological Seminary in Cherepish Monastery and completed his studies in 1965.

On 3 August 1975, at the Troyan Monastery, he took monastic vows with the name Neophyte in a ceremony overseen by Patriarch Maxim of Bulgaria. The following year, he was ordained hierodeacon the same month an as hieromonk at the St. Nedelya Church in Sofia.

From 1975 onwards he was the conductor of the ecclesiastical choir in Sofia and in 1977 became a lecturer in Orthodox Singing at the Sofia Theological Academy.

He was ordained archimandrite by Patriarch Maxim on 21 November 1977 at St. Nedelya Cathedral, and second vicar bishop of Sofia on 8 December 1985 at the Saint Alexander Nevsky Patriarchal Cathedral. Four years later he was appointed rector of the Sofia Theological Academy.

In 1991, Neophyte was elected dean of the restored Faculty of Theology at St. Kliment Ohridski University. He was later appointed Chief Secretary of the Holy Synod and Chairman of the Church Trusteeship of Saint Alexander Nevsky Cathedral.

At the church council convened to elect a new Patriarch on 24 February 2013, he was elected Patriarch of the Bulgarian Orthodox Church with 90 votes, against 47 for Metropolitan Gabriel of Lovech.