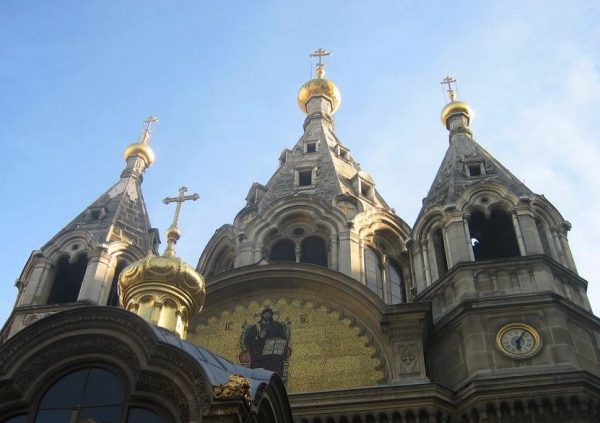 His Holiness Patriarch Kirill of Moscow and All Russia sent a congratulatory message to the head of the Archdiocese of the Western European Parishes of Russian Tradition, Metropolitan Ioann of Dubna, on its centenary.

The Most Rev. Ioann
Metropolitan of Dubna
Head of the Archdiocese of the Western European Parishes of Russian tradition

I greet you, the clergy, monastics and laity of the Archdiocese of the Western European Parishes of Russian Tradition on its centenary.

The social upheavals that befell Russia in the early 20th century forced millions of our compatriots to seek asylum in other lands, including Western Europe. Living in the foreign land in labour and privation, our people cherished the Orthodox faith drawing from it spiritual resources and consolation and aware that the strength to go on produces character. Character produces hope (Rom. 5:4).

The life in a foreign cultural environment impelled Russian people to look anew at the rich paternal heritage and helped them to discover in it profound meanings unknown before. Thus, among the graphic spiritual and cultural phenomena of those years in Europe was the work of the Paris Theological School, which exerted influence on the minds of contemporaries and on the development of Orthodox ecclesial scholarship as a whole.

Bearing witness in the Western world to the true beauty of the Eastern Christian tradition, Russian emigres created parish communities, built churches and established theological schools, Orthodox brotherhoods and sisterhoods. Thus began a structure headed by Metropolitan Eulogius of eternal memory, which was later transformed into an Archdiocese. In the past centenary, the Archdiocese of Western European Parishes covered a difficult path. But the awareness of responsibility for preserving and developing the Russian religious and cultural tradition remained to be the guarantee of reunification with the Mother Russian Church that occurred in good time.

I wish you all spiritual and physical strength and God’s help in your work.