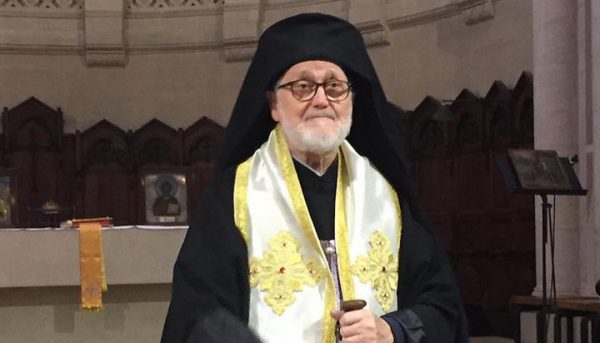 The guests were welcomed by the mother superior of the convent, Sister Feofania (Miskina). Metropolitan John said a prayer at the relics of Blessed Matrona of Moscow.

Then the delegation of the archdiocese visited the Sretensky Patriarchal Monastery. At the holy gates, the guests were met by its father superior Archbishop Ambrose of Vereya, rector of the Sretensky Seminary.

Metropolitan John and his party visited the church of the Meeting of the Vladimir Icon of the Mother of God and the church of the Resurrection of Christ and the New Martyrs and Confessors of the Russian Church, in which they venerated the relics of the holy martyr Hilarion (Troitsky). They also came to the Sretensky Seminary. This was followed by a tea party at the abbot’s chambers.

In the afternoon, Metropolitan John left for Paris. At Sheremetyevo Airport, the head of the archdiocese was seen off by Metropolitan Anthony of Chersonesus and Western Europe, Bishop Savva of Zelenograd, chancellor of the Moscow Patriarchate, and Archpriest Nikolay Balashov, Vice-Chairman of the Department for External Church Relations.