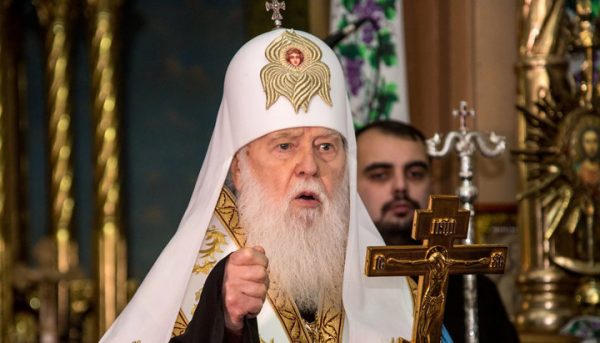 “This is not surprising that a structure founded on something other than the holy church canons, but to suit seasonal political interests, starts rapidly disintegrating after another election,” Archpriest Nikolay Balashov, Deputy Head of the Synodal Department for External Church Relations, told Interfax on Thursday.

“As soon as the situation changed a little, suddenly everything became clear as daylight, and it became evident that situational lies did not bring anything good: there was no and there is no recognition from Local Orthodox Churches. And that means there was no point pretending that the elaborately decorated scroll for guest tours in Ukraine’s regions really talks about autocephaly, which is, full independence recognized by everyone. There was no reason to share rights with Constantinople,” the archpriest said.

Not only politicians and representatives of non-canonical religious organizations took part in the project, he said. “The saddest thing is [the situation with] the Church of Constantinople, with which so many things are connected in our history, and in our recent life, at least for some of us. How could people who have centuries-old experience and the Holy Traditions be tempted with such a cheap thing? When will the sun shine again on Tsargrad? I can’t find answers to these questions. It is painful,” he said.

At a meeting in Kiev on Thursday, which was called a local assembly, Filaret reversed the decision made by a similar assembly on December 15, 2018, where the non-canonical Kiev Patriarchate announced its self-dissolution.