Why Tsar Nicholas II and his wife Alexandra have been exhumed

Source: The Week
Natalya Mihailova | 24 September 2015
Romanov royal couple and their five children were brutally murdered by Bolsheviks in 1918 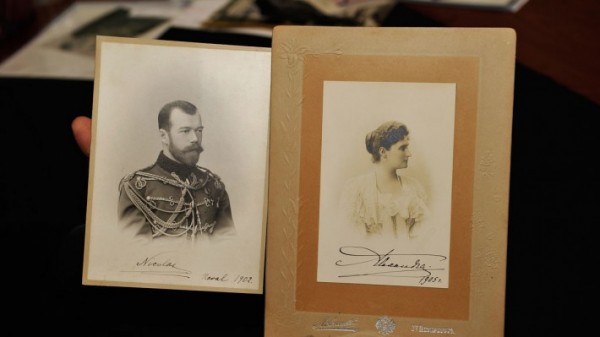 The remains of Tsar Nicholas II and his wife Alexandra have been exhumed as part of a Russian investigation into the Romanov royal family’s murder.

The couple and their children –  Olga, Tatiana, Maria, Anastasia and Alexei – were murdered by Bolsheviks in 1918.

Nicholas II, Alexandra, Olga, Tatiana and Anastasia are buried at Peter and Paul Cathedral in St Petersburg after their bodies were discovered in a mass grave in the Urals in 1991.

Remains, believed to be Alexei and Maria, were found in 2007 at a different spot in the Urals and the Orthodox Church wants to confirm their identities before they are buried with the others. Remains of the two siblings, who were 13 and 19 when they were killed, have been kept in a state repository awaiting burial.

Investigators took samples from the remains of the Nicholas II and Alexandra yesterday, reports Sky News.

A spokesman for the Russian Orthodox Church, Vsevolod Chaplin, told The Guardian earlier this month that they wanted the tests done in the presence of church officials. “These people have been canonised, and if their remains are found they will be considered holy relics that believers will pray to. For this reason it’s very important to make sure,” he said.

Lead investigator Vladimir Solovyov told Russia’s Tass news agency yesterday that the exhumation was indeed done in the presence of representatives of the Russian Orthodox Church. Samples were also taken from the blood stains found on the uniform of Emperor Alexander II, Nicholas II’s grandfather who was killed by radical revolutionaries on 1 March 1881.

In a brutal killing, Tsar Nicholas II, Alexandra, their children and four royal staff members were murdered in the cellar of a house in Yekaterinburg in 1918. The BBC says they were “lined up as if for a family photo” and shot by a Bolshevik firing squad. Those who did not die immediately were bayonetted. 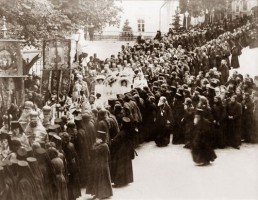 PHOTOS: The Last Days of the…
Natalya Mihailova