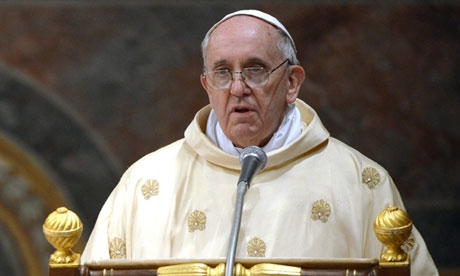 The 86 year old who was brutally killed by Islamic terrorists whilst giving his morning sermon, has sent shockwaves throughout the world. According to reports the Pope has labelled the sickening attack as ‘absurd violence’.

A Vatican spokesman Father Federico Lombardi told journalists that Pope Francis, who has been informed, and shares the pain and horror of this “absurd violence,” and condemns “all forms of hatred.”

The Vatican is particularly affected by the fact that the “horrific” violence occurred place in a church, a “sacred place in which the love of God is announced,” he added.