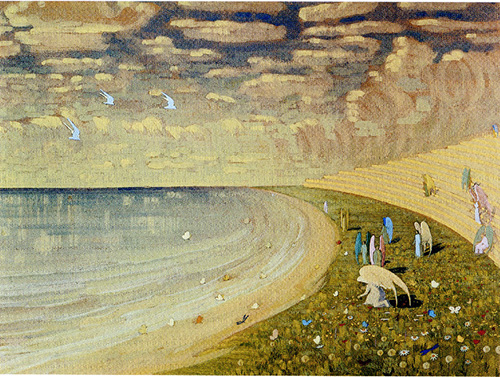 Yesterday, I was on an art website, a quite legitimate one, and it’s a sad commentary on the current state of our society that I have to aver that it is a legitimate art website. But, that is not my point. I did a search on the words “heaven” and “hell.” What I found was interesting. When I did a search on the word “heaven,” I found somewhat unfocused drawings. Either they were somewhat general pictures of clouds and somewhat happy people, or–oddly enough–somewhat sexy looking angels. Then I did a search under “hell.” I guarantee you that many artists had no problem in picturing hell. In fact, unlike the other drawings, I found their paintings quite believable. More than one sin was rather faithfully depicted. Demonic spirits were depicted in such a way that it could give me nightmares. Artists had no problem depicting evil.

But, that is not surprising. More than one actor has said that it is easier to portray a bad person than a good person. More than one actor prefers to portray an evil character than a good character. And, I understand that. You see, there was an author at the end of the 19th century, beginning of the 20th century, who wrote a crime series featuring an old-fashioned traditional priest. That writer was G.K Chesterton, and the character he wrote was Father Brown. He was a quirky eccentric priest, and you should most definitely read every Father Brown story you can find.

But, what I am thinking about is one particular story in which Father Brown explains why he is so efficient at solving crimes. He explains to a police detective that, “‘You see, I had murdered them all myself,’ explained Father Brown patiently. ‘So, of course, I knew how it was done.’” Needless to say, the detective is horrified, but later Father Brown explains, “I mean that I really did see myself, and my real self, committing the murders. I didn’t actually kill the men by material means; but that’s not the point. Any brick or bit of machinery might have killed them by material means. I mean that I thought and thought about how a man might come to be like that, until I realized that I really was like that, in everything except actual final consent to the action.”

Father Brown is explaining the reason why it is so much easier to portray evil than to portray good. You see evil is in us, but good is something we are still learning. Even so, it is Saint Paul that G.K. Chesterton is modeling, for Saint Paul says, “I find then a law, that evil is present with me, the one who wills to do good. For I delight in the law of God according to the inward man. But I see another law in my members, warring against the law of my mind, and bringing me into captivity to the law of sin which is in my members. … So then, with the mind I myself serve the law of God, but with the flesh the law of sin.” We portray evil easily because, “… I realized that I really was like that, in everything except actual final consent to the action.” We have no problem imagining evil; it is good that stumps us. 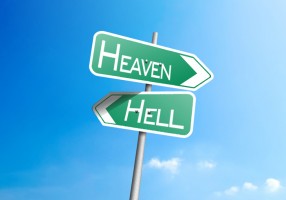 Some Thoughts on Heaven and the…
Priest Barnabas Powell