On Prayer IX: The Disposition of the Body at Prayer

The fact is that body and spirit are inextricably linked in man, and the spirit cannot act completely autonomously from the body. It was no accident that the ancient Fathers said: “If the body does not labor in prayer, then prayer will remain fruitless.”
Metropolitan Hilarion (Alfeyev) | 27 May 2014 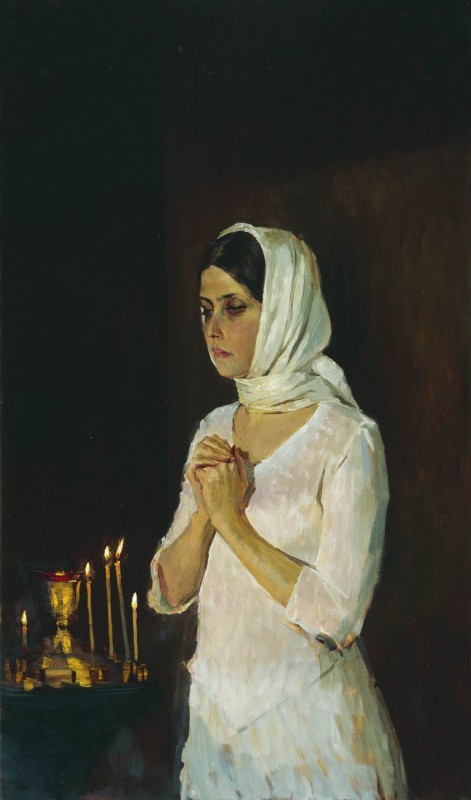 In the prayer practice of the Early Church, various poses, gestures, and bodily positions were used. People prayed standing, or kneeling in the so-called position of the Prophet Elias – that is, standing on one’s knees with one’s head bowed to the ground – or lying on the floor with outstretched hands, or standing with upraised hands. Prostrations were employed in prayer: both full prostrations and bows from the waist, as well as the sign of the cross. Of all the various traditional positions of the body in prayer, only a few have remained in contemporary practice. These are above all prayer standing and prayer kneeling, accompanied by the sign of the cross and bows.

Why is it important that the body participate in prayer? Why cannot one simply pray in spirit while lying in bed or sitting on an armchair? In principle, one can pray both lying down and sitting: in special circumstances, such as in illness or when travelling, such is done. But under normal circumstances it is necessary while praying to make use of the dispositions of body that have been preserved in the tradition of the Orthodox Church. The fact is that body and spirit are inextricably linked in man, and the spirit cannot act completely autonomously from the body. It was no accident that the ancient Fathers said: “If the body does not labor in prayer, then prayer will remain fruitless.”

Go into an Orthodox Church during Great Lent and you will see how from time to time all the parishioners fall on their knees, then get up, then again fall and get up. And such goes on for the duration of the service. You will feel that there is a special intensity to this service, that people are not simply praying, but are laboring in prayer, bearing the heroic feat [podvig] of prayer. Then go into a Protestant church. During the course of the entire service, the worshippers are sitting: prayers are read and spiritual songs are sung, but people remain sitting, neither crossing themselves nor bowing, while at the end of the service they all get up and leave. Compare these two means of prayer in church – Orthodox and Protestant – in terms of intensity of prayer. People are praying to one and the same God, but they are praying differently. And this difference is largely determined by the physical dispositions of those praying.

Prostrations help prayer a great deal. Those of you who are able in your morning or evening prayer rule do to at least a few bows and prostrations will undoubtedly feel how helpful this is in spiritual terms. The body becomes more collected, and when the body is collected, composure of mind and attention comes much more natural.