On Prayer XII: Prayer For the Departed

We, who remain on earth, can ask God that He lighten this person’s lot. And the Church believes that the departed’s posthumous lot is lightened by the prayers of those who pray for him here on earth.
Metropolitan Hilarion (Alfeyev) | 05 June 2014 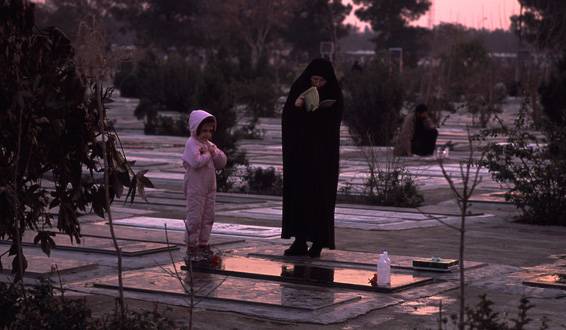 We should not only pray for our neighbors who are alive, but also for those who have departed into the other world.

Prayer for the departed is necessary first of all because, when someone who is close to us departs, we have a natural feeling of loss, from which we suffer deeply. But that person continues to live: only he lives in another dimension, because he has left for the other world. So that our connection with him who has departed might not be broken, we should pray for him. Then we will feel his presence, feel that he has not left us, and that our living connection with him has been preserved.

But the other person, of course, also needs prayer for the departed, because when someone dies they pass into another world, where they meet God to answer for everything they did in their earthly life, good and bad. It is very important that such a person be accompanied on his way by the prayers of his loved ones, of those who have remained here on earth, who keep his memory. We, who remain on earth, can ask God that He lighten this person’s lot. And the Church believes that the departed’s posthumous lot is lightened by the prayers of those who pray for him here on earth.

The hero of Dostoevsky’s novel The Brothers Karamazov, the Elder Zosima (whose prototype was St. Tikhon of Zadonsk) says this about prayer for the departed: “Remember also: every day and whenever you can, repeat within yourself: ‘Lord, have mercy upon all who come before you today.’ For every hour and every moment thousands of people leave their life on this earth, and their souls come before the Lord – and so many of them part with the earth in isolation, unknown to anyone, in sadness and sorrow that no one will mourn for them, or even know whether they had lived or not. And so, perhaps from the other end of the earth, your prayer for his repose will rise to the Lord, though you did not known him at all, nor he you. How moving it is for his soul, coming in fear before the Lord, to feel at that moment that someone is praying for him, too, that there is still a human being on earth who loves him. And God, too, will look upon you both with more mercy, for if even you so pitied him, how much more will he who is infinitely more merciful and loving than you are. And he will forgive him for your sake.”

Most viewed articles
Life Truly Genuine and Authentic in the Eyes of God107
Patriarch Kirill: “We Should Pray for Our Lord to Strengthen Fraternal Feelings of the Peoples of Holy Rus”90
How to Deal with Sin75
The Authenticity of the Vision of Christ in the Life of Saint Silouan57
Holy Cincture of the Theotokos to arrive in France next week56
The Bulgarian Church Can Canonize Its First Patriarch47
“The models par excellence are the great hesychast saints,” says Romanian Orthodox Bishop of Oradea41
Most popular authors
Pravmir.com team137
Fr. Theodore Stylianopoulos107
Archpriest Basil Ross Aden75
Aurelian Iftimiu56
Archimandrite Zacharias Zacharou56
Ștefana Totorcea41