On Prayer XVIII: The Battle with Extraneous Thoughts

Short prayers help in overcoming distractions and extraneous thoughts: “Lord, have mercy,” “God, be merciful to me, a sinner,” and others, which do not require a special focus on the words, but incline one to the birth of feelings and the movement of the heart. With the help of such prayers, one can learn to pray attentively and to focus on prayer.
Metropolitan Hilarion (Alfeyev) | 21 June 2014
We continue a series on prayer, transcribed from television episodes presented on Russian television in the spring of 1999 by Fr. (now Metropolitan) Hilarion (Alfeyev) with the blessing of His Holiness, the late Patriarch Alexy II of Moscow and All Russia. We hope to present three sections a week, each of which is relatively brief but substantial, for a total of thirty-two episodes. 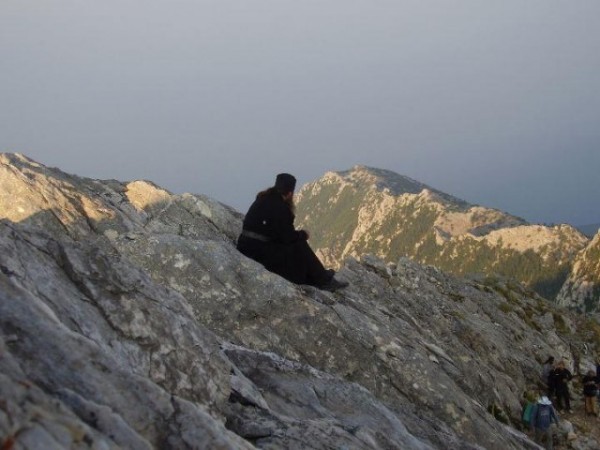 One of the main obstacles to attentive prayer is the appearance of extraneous thoughts. St. John of Kronstadt, the great ascetic of the end of the nineteenth and beginning of the twentieth centuries, describes in his diaries how, during the celebration of the Divine Liturgy, at the most crucial and sacred moments, before his mind’s eye would appear an apple pie or some other reward that he might be given. And with bitter regret he suggests how such extraneous images and thoughts can destroy a prayerful state. If such happened with the saints, then there is nothing surprising if it happens to us, too. To protect ourselves from extraneous thoughts and images, we have to learn, as did the ancient Fathers of the Church, “to guard our minds.”

In the ascetic writers of the Ancient Church there was a detailed development of how outside thoughts gradually penetrate a person. The first stage of this process is called an “article,” that is, the sudden appearance of a thought. This thought is still completely alien to one, but appears somewhere on the horizon; its penetration inside us begins when we begin to pay attention to it, enter into conversation with it, examine and analyze it. Then begins what the Church Fathers call “combination,” when man’s mind as it were merges with the thought. Finally, the thought turns into a passion and embraces the whole person, and then both prayer and the spiritual life are forgotten.

For this not to happen, it is very important to cut off extraneous thoughts at their first appearance not allowing them to penetrate deeply into the soul, heart, and mind. Learning to do this requires a lot of work on oneself. One cannot but be distracted at prayer, if one does not learn to fight with extraneous thoughts.

One of the diseases of modern man is that he is unable to control the work of his own brain. His brain is autonomous, and thoughts come and go spontaneously. Modern man as a rule does not follow what is going on in his mind. But to learn true prayer, one has to follow one’s thoughts and to expel ruthlessly those that do no correspond to a prayerful disposition. Short prayers help in overcoming distractions and extraneous thoughts: “Lord, have mercy,” “God, be merciful to me, a sinner,” and others, which do not require a special focus on the words, but incline one to the birth of feelings and the movement of the heart. With the help of such prayers, one can learn to pray attentively and to focus on prayer.