On Prayer XXIII: “Our Father, Who Art in the Heavens”

The “Our Father” prayer is of special significance, because Jesus Christ Himself gave it to us. It begins with the words: “Our Father, Who art in the heavens.” This prayer is comprehensive in character: in it is concentrated, as it were, everything that man needs both for earthly life and for the salvation of his soul. The Lord gave it to us so that we would know what we should pray for and what to ask of God.
Metropolitan Hilarion (Alfeyev) | 04 July 2014
We continue a series on prayer, transcribed from television episodes presented on Russian television in the spring of 1999 by Fr. (now Metropolitan) Hilarion (Alfeyev) with the blessing of His Holiness, the late Patriarch Alexy II of Moscow and All Russia. We hope to present three sections a week, each of which is relatively brief but substantial, for a total of thirty-two episodes. 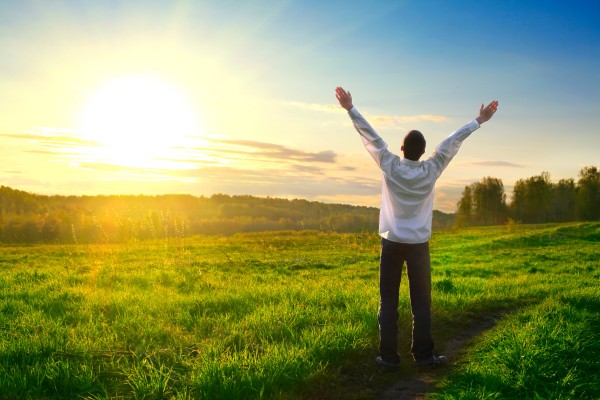 The “Our Father” prayer is of special significance, because Jesus Christ Himself gave it to us. It begins with the words: “Our Father, Who art in the heavens.” This prayer is comprehensive in character: in it is concentrated, as it were, everything that man needs both for earthly life and for the salvation of his soul. The Lord gave it to us so that we would know what we should pray for and what to ask of God.

The first words of this prayer, “Our Father, Who art in the heavens,” reveal to us that God is not some distant or abstract being, not some notional good foundation, but our Father. Today very many people, in response to the question of whether they believe in God, reply in the affirmative; but if you ask them how they imagine God and what they think of Him, they respond something like this: “Well, God is good, it is something luminous, some kind of positive energy.” That is, they treat God like some kind of abstraction, as something impersonal.

When we begin our prayer with the words “Our Father,” then we are immediately appealing to the personal, living God, to God as Father – to the Father about Whom Christ spoke in the parable of the prodigal son. Many people remember the subject of this parable from the Gospel according to Luke. The son decided to leave his father, not waiting for his death. He received the inheritance due to him, went to a far country, and there squandered his inheritance. When he had reached the final limit of poverty and exhaustion, he decided to return to his father. He said to himself: I will arise and go to my father, and will say unto him, Father, I have sinned against heaven, and before thee, And am no more worthy to be called thy son: make me as one of thy hired servants (Luke 15:18-19). And when he was still far off, his father ran to meet him, throwing himself on his neck. The son was not even able to say his prepared words, because the father immediately gave him a ring, the sign of filial dignity, and clothed him in his former clothes – that is, he completely restored him to a son’s dignity. This is precisely the way God treats us. We are not hirelings, but sons of God, and the Lord treats us like His children. Therefore our attitude towards God should be characterized by devotion and noble, filial love.

When we pronounce “Our Father,” this means that we are not praying in isolation, as individuals, each one of which has his own Father, but as members of a single human family, a single Church, a single Body of Christ. In other words, by calling God our Father, we thereby imply that all other people are our brethren. Moreover, when Christ teaches us in prayer to turn to God as “Our Father,” He places Himself as it were on the same level with us. St. Symeon the New Theologian said that through faith in Christ we become Christ’s brethren, because we share with Him a common Father: our Heavenly Father.

As for the words, “Who art in the heavens,” they do not indicate the physical heavens, but that God lives in a completely different dimension than us, that He is absolutely transcended to us. But through prayer, through the Church, we have the opportunity to join in this other world.