On Prayer XXIX: “And Lead Us Not Into Temptation, But Deliver Us From the Evil One”

We should remember that evil, of course, has power and can have a negative, even devastating impact on our lives, but only when we ourselves allow it access to us. The devil is powerless where he isn’t invited, where his presence isn’t wanted. If one goes to church, prays, wears a cross, and makes the sign of the cross; if he fulfills God’s commandments and refrains from sins, then the devil is powerless and has no place in such a person.
Metropolitan Hilarion (Alfeyev) | 29 July 2014
We continue a series on prayer, transcribed from television episodes presented on Russian television in the spring of 1999 by Fr. (now Metropolitan) Hilarion (Alfeyev) with the blessing of His Holiness, the late Patriarch Alexy II of Moscow and All Russia. We hope to present three sections a week, each of which is relatively brief but substantial, for a total of thirty-two episodes. 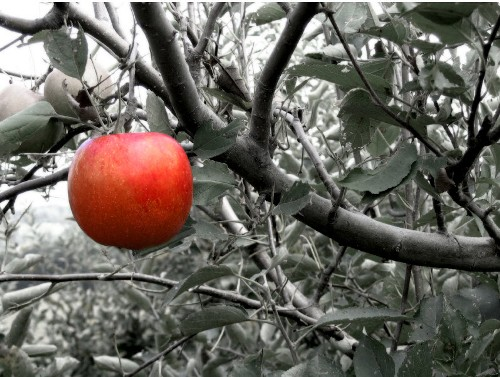 What is temptation and who is the evil one?

Temptation is a test that is either sent to us from God, or comes from the devil, but is allowed by God. Every temptation for us is a kind of endurance test. And sometimes we pass this test, and sometimes we don’t. When we ask God: “And lead us not into temptation,” we are as it were saying to God: “Do not send us a test beyond our strength; send us the kind that we can deal with, so that the trials and tribulations that You send will not crush us or kill our faith.”

The evil one is the devil, the enemy of the human race. With regard to the devil, one needs to avoid two extremes. Some tend to deny the existence of the devil and demons. These people – believers or unbelievers – do not recognize the real existence in this world of evil powers; moreover, not as abstract powers, but as living beings, because the devil and demons, like angels, are real, living beings. There is another extreme, especially widespread among believing and churchly people, when people exaggerate the importance of the devil, when one becomes so afraid of the actions of the devil and evil powers, that he lives in a semi-paralyzed condition. Hence the common fear among believers of the evil eye, black magic, and the like. Hence comes about a timid approach to life, when one is scared of everything, when one sees threats everywhere, and when one can’t live creatively, freely, and fully.

We should remember that evil, of course, has power and can have a negative, even devastating impact on our lives, but only when we ourselves allow it access to us. The devil is powerless where he isn’t invited, where his presence isn’t wanted. If one goes to church, prays, wears a cross, and makes the sign of the cross; if he fulfills God’s commandments and refrains from sins, then the devil is powerless and has no place in such a person. When does the devil gain strength? When one opens the floodgates and vents in one’s home; when, for instance, one falls into a given passion: say, when one becomes addicted to drugs or alcohol. The danger of alcoholism is not that people drink more wine than they should; it’s that it weakens him and opens the way for the devil to get inside his soul.

Therefore, when we pray to God: “Deliver us from the evil one,” we are asking that he would always grant us the power to refrain from that which gives the evil one power over our lives. And if we learn this, then neither the devil, nor any other dark power, nor black magic, nor anything like it can have any effect on us.