On Prayer XXIV: “Hallowed Be Thy Name”

Each one of us should ask ourselves daily: “Do I correspond as a Christian to the ideal of the Gospel? Is the Name of God hallowed or blasphemed by me? Am I an example of a true Christian, who has love, humility, meekness, and mercy? Or am I an example of the opposite of these virtues?”
Metropolitan Hilarion (Alfeyev) | 10 July 2014
We continue a series on prayer, transcribed from television episodes presented on Russian television in the spring of 1999 by Fr. (now Metropolitan) Hilarion (Alfeyev) with the blessing of His Holiness, the late Patriarch Alexy II of Moscow and All Russia. We hope to present three sections a week, each of which is relatively brief but substantial, for a total of thirty-two episodes. 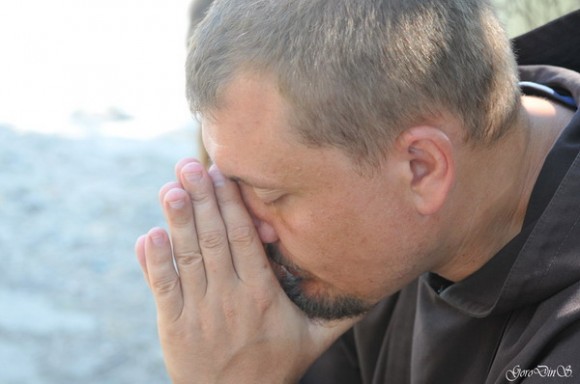 When we say “Hallowed be Thy Name,” we primarily have in mind that the Name of God should be hallowed, that is, be revealed as holy through us, Christians, through our spiritual life. The Apostle Paul, addressing the unworthy Christians of his time, said: For the name of God is blasphemed among the Gentiles through you, as it is written (Romans 2:24). These are very important words. They speak of our discrepancy with the spiritual-moral norm that is contained in the Gospel and according to which we, Christians, are obliged to live. This discrepancy is, perhaps, one of the main tragedies both for us as Christians and for the entire Christian Church.

The Church possesses holiness, because it is built on the Name of God, which itself is holy. Members of the Church are far from consistent with the norms that the Church advances. One often hears reproaches – and rightly so – addressed to Christians: “How can you prove the existence of God, if you yourself live no better – and sometimes even worse – than pagans and atheists? How do you reconcile faith in God with unworthy actions?” Thus, each one of us should ask ourselves daily: “Do I correspond as a Christian to the ideal of the Gospel? Is the Name of God hallowed or blasphemed by me? Am I an example of a true Christian, who has love, humility, meekness, and mercy? Or am I an example of the opposite of these virtues?”

Often people turn to priests with the question: “What should I do to bring my son (daughter, husband, mother, father) to church? I talk to them about God, but they don’t want to listen.” The problem is that it isn’t enough just to talk about God. When someone who has become a believer tries to convert others to his faith, especially those close to him, with the help of words, persuasion, and sometimes even coercion, urging them to pray or go to church, this often leads to the opposite result: his neighbors reject everything ecclesial and spiritual. We can bring people to the Church only when we ourselves become true Christians; when they, looking at us, can say: “Yes, now I understand what Christian faith can do for someone, how it can change and transform him; I will begin to believe in God, because I see how Christians differ from non-Christians.