“Put the Priest on a Pitchfork!” In Memory of the Hieromartyr Methodius (Krasnoperov)

Anastasia Koskello | 17 February 2015
The Russian Orthodox Church celebrates the memory of the Hieromartyr Methodius, Bishop of Petropavlovsk, Vicar of the Omsk Diocese, on February 17 (February 4 on the Old Calendar). During a Service of Intercession in the Church of St. Nicholas, Bishop Methodius was seized by Red Army soldiers and stabbed with bayonets. The soldiers continued to stab him even when he was already dead, and then thrust a cross into one of his wounds. The people witnessing this incident remained silent... 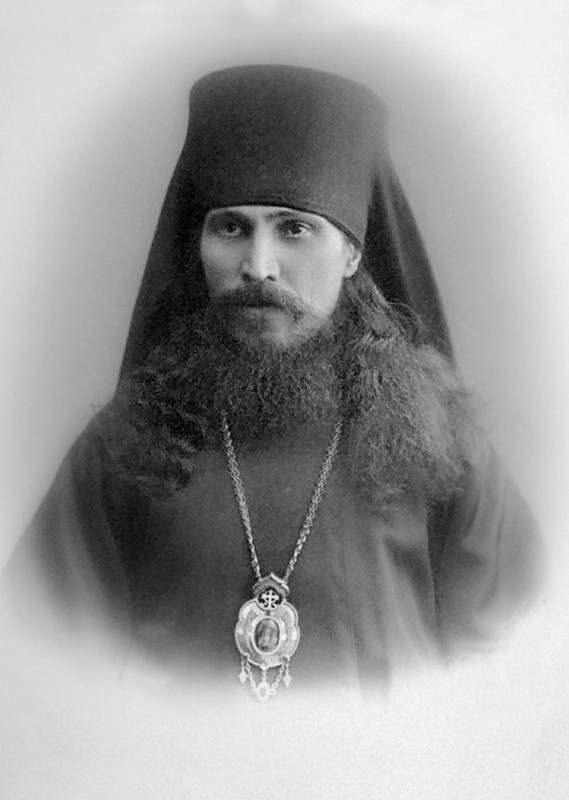 And Thrust a Cross into His Wound

In 1921, the peasants rebelled against the Soviet government in Western Siberia. The size of the uprising was considerable. The opponents of the Bolsheviks managed to seize the cities of Petropavlovsk, Ishim, and Tobolsk, and to form the North Siberian Government.

The suppression of the rebellion was accompanied by hitherto unprecedented cruelty on the part of the Bolsheviks. Red punitive forces shot hundreds of residents of the seized villages and towns at random and burned these places to the ground.

In February 1921, the Bolsheviks regained power in Petropavlovsk by “fire and sword.” The local populace met the Soviet regime without enthusiasm.

A conflict between the peasants and the Red Army took place on the square in front of the St. Nicholas Church in Petropavlovsk on February 4 (Old Calendar), where on that day a hierarchal service was being held. Blood was shed. At the end of the Service of Intercession, Bishop Methodius of Petropavlovsk himself went to the square. The bishop called for peace, and tried to calm those who were fighting.

At that moment, someone from the crowd cried out: “Put the priest on a pitchfork!” – after which Bishop Methodius was stabbed with bayonets by Red Army soldiers. Then they thrust a cross into one of his wounds when he was already dead (or, according to another source, while he was still alive). 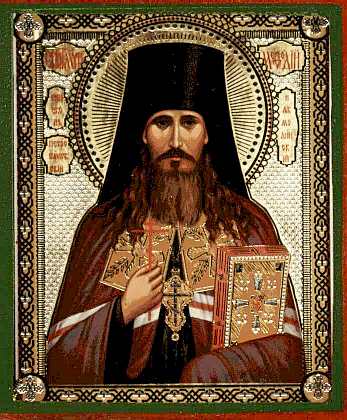 The Son of a Psalm-Reader

Heralding from a clergy family, son of a Psalm-reader, he was born in the village of Vyatskoe, Sarapul district, Vyatka province. He was baptized with the name of Michael. Michael was acquainted with difficulties from his childhood: the Krasnoperov family lived in dire poverty. His father, a firm believer, taught him not to grumble and to see God’s Providence in everything that happened around him.

In those years, most children from large clergy families went to study at theological schools – as did Michael. He graduated from a theological school in the Sarapul district and then from seminary in Vyatka. In 1891, he was ordained a priest at the age of twenty-three and was sent to serve in the village church: the St. Tikhon-Theotokos Church in the village of Pazdera in the Sarapul district. Later he moved to Sarapul, where he served in the Ascension Cathedral, and taught catechism at the local parish church school. 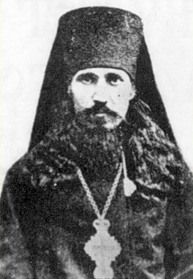 1898 brought misfortune to Father Michael: he became a widower. Following the death of his wife, he resolved to devote his remaining years fully to the service of the Church. He enrolled in the Kazan Theological Academy in order to improve his theological knowledge. At that time, Archbishop Anthony (Khrapovitsky) was the rector of the Academy; he was considered the famous “catcher of souls for monasticism.” Acquaintance with such an outstanding “abba,” along with the incredible charisma of Vladyka Antony, played their part: Father Michael was tonsured and became Hieromonk Methodius after two years, in 1900.

Having graduated from the Academy, Hieromonk Methodius labored in the theological schools. He served as assistance inspector and dean of students… In 1906 he was elevated to the rank of Archimandrite and assigned as rector of the Ufa Theological Seminary. In 1913 his hierarchal consecration took place. The new hierarch was assigned to Omsk as the bishop of the Akmola region, Vicar of the Omsk Diocese. (In 1914 his cathedra was transferred to Petropavlovsk, after which he was known as the Bishop of Petropavlovsk).

Vladyka Methodius clearly stood out against the background of the pre-Revolutionary Russian episcopacy with his disquieting speeches and his distinct preoccupation with the condition of faith in Russia. He did not in the least share in the triumphalism, jingoism, and self-complacency that were typical of the hierarchy during the period following the defeat of the first Russian Revolution. He foresaw the Revolutionary catastrophe of 1917 long before Russian society had heard of the Bolsheviks Party.

For example, opening the new academic year of 1908-1909 at the Ufa Seminary, he delivered a sharp speech to the future clergymen, which would nowadays be called  “politically incorrect.” He said, among other things:

“Freemasonry, along with sectarianism — that terrible power hostile toward God – is spreading rapidly throughout the Christian world; in a multitude of publications, it frankly and cynically promises to ‘cast the ashes of modern Christianity to the winds’ in a short time and to celebrate its sad funeral feast. Religious rationalism and materialism are fighting against the Church of Christ with no less success. The writings of the blasphemer Renan or the Das Kapital of Marx are read instead of the Gospel of Christ. They preach the beginning of the ‘heavenly and spiritual kingdom of eternal life’ on earth with fanaticism and confidence. Many are seduced into Judaism, Islam, and even paganism. Deviating from Orthodoxy, thousands of souls remain without any religion. Having rejected the Gospel of Christ as a book of unrealizable ideals, modern teachers, who call themselves Christians, try to eliminate the influence of the Gospel from practical life and to release people from any moral responsibility for their personal behavior. According to modern anti-Christian morals, any deed of even the most bloodthirsty predator can be considered moral from a certain point of view…”

As is well known, an enormous number of clergymen and seminarians throughout Russia declared themselves to be people of socialist beliefs during the years of the 1905-1907 Revolution. Many sympathized with revolutionary ideas and believed them to be a natural continuation of the Gospel Commandments. Vladyka Methodius, who was not afraid to sound “unprogressive,” unequivocally rejected any sort of commonality whatsoever between Christianity and Communism:

“The anti-Christian foundations of life disguised under the specious and misleading names of new-faith, God-seeking, socialism, Communism, and such – aspire to obscure and distort beyond recognition pure Christian ideals and the light of Christ’s evangelical truth…” 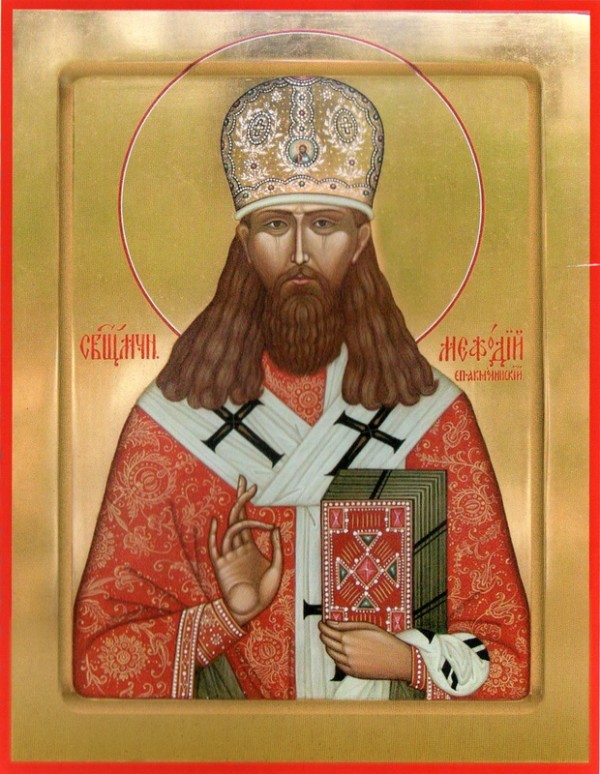 The words of Vladyka Methodius addressed to the adherents of so-called “pink” or “liberal” Christianity remain perfectly relevant today:

“When we tolerate the evil that surrounds us, we imagine that we are fulfilling the law of Christ; if we do not fight evil, due to our misunderstanding of freedom of conscience, we grow accustomed to it to such an extent that we start to consider it as something normal, becoming indifferent to good. […] Often we show some kind of excessive humanity towards one another in social life: we are generous to baseness, indulgent to depravity, ready to fall silent before unbelief or even blasphemy, and consider touching on the conscience of the departed to be criminal; we reward strugglers for the truth and piety with contempt and call their holy zeal fanaticism and psychopathy…” (from a sermon at the Ufa Cathedral Church on March 22, 1909).

It should be noted that Bishop Methodius not merely delivered loud speeches, but was also not afraid to “go to the people.” Like the Holy Righteous John of Kronstadt, he became a missionary of the town’s “underworld.” He, together with seminarians, started to hold regular talks at the town’s homeless center, celebrated Services of Intercession and Vespers there, distributed books and brochures about the faith and the Church to those who were literate, and answered their questions.

Vladyka put much effort into fighting with alcoholism, helping the diocesan Sobriety Society, and aspiring to distribute brochures against alcoholism everywhere. During his ministry, the number of people who wished to join the Sobriety Brotherhood increased dramatically, reaching over 400 people. 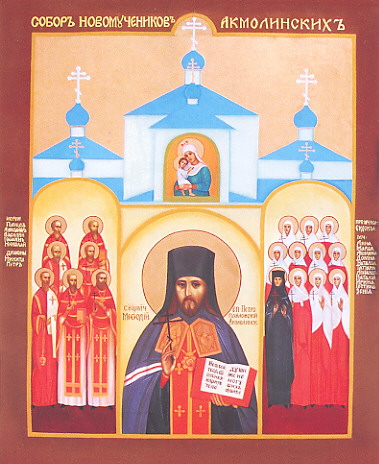 Icon of the New Martyrs of the Akmola Region; St. Methodius (Krasnoperov) is in the middle – fond.ru

The murder of the Hieromartyr Methodius was not committed secretly, “in the dead of night,” but in broad daylight, in the town square with many people present. When the Red Army soldiers stabbed the defenseless Bishop Methodius with bayonets, nobody intervened. At least, there is no data that anyone of those present tried to save him.

Apparently, no one saw it proper to bury Vladyka in a Christian manner in Petropavlovsk either. The burial place of Bishop Methodius remains unknown. It is believed that he was buried by the Bolsheviks in a common grave.

In 2000, Bishop Methodius (Krasnoperov) was numbered among the ranks of the New Martyrs and Confessors of Russia.