Putin thanks Serbian president for contribution in protection of Christian values 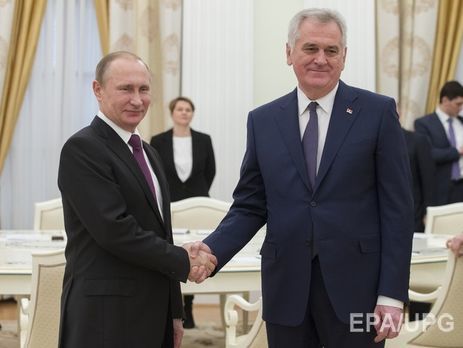 “I want to congratulate you on the well-deserved award, the prize of the International Public Foundation for the Unity of Christian Orthodox Nations. You are doing a great deal to protect and popularize the Eastern Christian traditions and values. I know this myself, you and I spoke privately about all of this on numerous occasions,” Putin said at a meeting with the Serbian president.

He personally thanked Nikolic for his efforts in this area.

“Our inter-state relations are developing, and they are developing successfully. We are going to talk about it today. Welcome!” Putin said.