Responding to Tragedy and Suffering in Our World 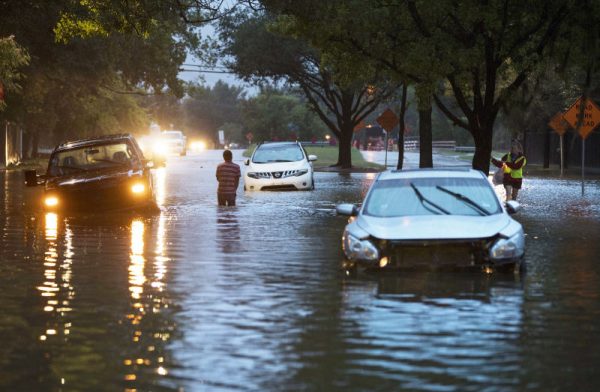 With Hurricane Harvey raging in Texas, I often hear, “Keep them in your prayers.” But how do Orthodox Christians do that?

America is generally seen as a “Christian nation.”

Our politicians end speeches with “God bless,” and our money says, “In God We Trust.”

So, it’s quite common to hear people say, “I’ll be praying for you.”

Often, though, what is meant is one of a few things.

A person may mean it as a statement of good intentions or thoughts, such as, “I’ll be thinking about you.” But, it isn’t usually much more than a simple platitude.

Or, it may mean that the person adds you to their prayer list and mentions your name during their prayer time, or a prayer meeting at church.

Or, in the case of extreme circumstances (natural disasters, shootings, war crises, etc.), it may mean an “American” vigil. This usually includes a gathering of people at night with candles. There may be a few speakers who give inspiring words, push a political agenda, talk about the victims, or give an update on the disaster.  There also may be a minister or two offering extemporaneous prayers.

These sorts of prayers are very ingrained in American society, and they give comfort to a lot of people. But, for Orthodox Christians, they are a bit foreign.

So, the question arises: how do Orthodox Christians pray for those suffering from natural disasters, shootings, wars, or other tragedies?

Primarily, Orthodox Christians pray for those suffering by participating in the Divine Liturgy.

Now, this answer may seem too simplistic, but we shouldn’t underestimate the role of the liturgy in the lives of Orthodox Christians: it is our center of being and nothing keeps us away on Sunday mornings.

We obviously mention and pray for the world through the litanies:

For the peace of the whole world, for the stability of the holy churches of God, and for the unity of all, let us pray to the Lord.

For our country, for the president, [for our state, for the governor] and for all in public service [and the armed forces], let us pray to the Lord.

For this city, and for every city and land, and for the faithful who live in them, let us pray to the Lord.

For favorable weather, for an abundance of the fruits of the earth, and for peaceful times, let us pray to the Lord.

For those who travel by land, sea, and air, for the sick, the suffering, the captives and for their salvation, let us pray to the Lord.

For our deliverance from all affliction, wrath, danger, and necessity, let us pray to the Lord.

And, sometimes, for special causes, special litanies are offered for specific tragedies.

But, litanies are only a small part of how we pray for the world. 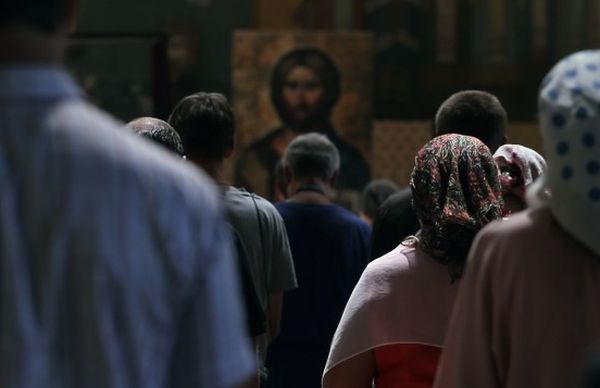 The Divine Liturgy as Offering

The action, the ritual, of the Divine Liturgy is an entire prayer itself.

And it’s all related to the fall.

The first sin caused not only Adam and Eve to be cast out of paradise, but it caused all of humanity, the entire animal kingdom, all plant life… in short, the entire world, to be subject to corruption, suffering, and death.

The bread and wine is our way of offering ourselves and the world back to God so that we, and the world along with us, can be united to Christ, transformed, and recreated with new life.

For the creation waits with eager longing for the revealing of the sons of God; for the creation was subjected to futility, not of its own will but by the will of him who subjected it in hope; because the creation itself will be set free from its bondage to decay and obtain the glorious liberty of the children of God. We know that the whole creation has been groaning in travail together until now; and not only the creation, but we ourselves, who have the first fruits of the Spirit, groan inwardly as we wait for adoption as sons, the redemption of our bodies. For in this hope we were saved. Now hope that is seen is not hope. For who hopes for what he sees? (Romans 8:19-24 RSV)

Included in this offering are all those suffering.

Through the Divine Liturgy, suffering is transformed into joy, and the death of the world is converted to a life more real than the one we live now.

When we are baptized, or chrismated, as Orthodox Christians, we become a part of the royal priesthood, vowing to offer ourselves and the world back to God for this recreation.

But you are a chosen race, a royal priesthood, a holy nation, God’s own people, that you may declare the wonderful deeds of him who called you out of darkness into his marvelous light. (1 Peter 2:9 RSV)

How many priests’ hearts are broken when those they baptize or chrismate become only passive Christians who find all sorts of excuses not to attend the liturgy. How the world groans and suffers as Christians fail, in various ways, to offer the world back to God.

So, the primary way Orthodox Christians pray for those who are suffering is to pray the Divine Liturgy and, in doing so, actively work for the redemption of the world.

Another way Orthodox Christians pray for those suffering is through a special service called the paraklesis.

The paraklesis is series of supplication prayers. They can be offered to Christ or any of the saints.

Through a paraklesis, we, as Orthodox Christians, ask Christ and the saints to intercede for us or for others.

While we may be used to seeing them served with priests, they can be prayed by anyone, anywhere, anytime. They can be chanted or simply read.

Many good prayer books contained various parakleses services, and many more – for various needs and to various saints – can be found through a simple Google search.

In fact, I have personally seen miracles as a result of praying a paraklesis.

In August of 2014, my parish was praying the Small Paraklesis to the Theotokos when the Mother of God alerted me to a problem in our church building.

As a result, we discovered that our roof trusses had completely collapsed and the church was on the verge of collapse – literally!

But, if it hadn’t been for the Mother of God showing us the problem and angels holding up our roof, the building could have fallen and killed us all.

To this day, the Small Paraklesis to the Theotokos remains a special service in the life of our community.

We should never forget the prayers that are available to us through the Church, which gives us life, hope, and faith. 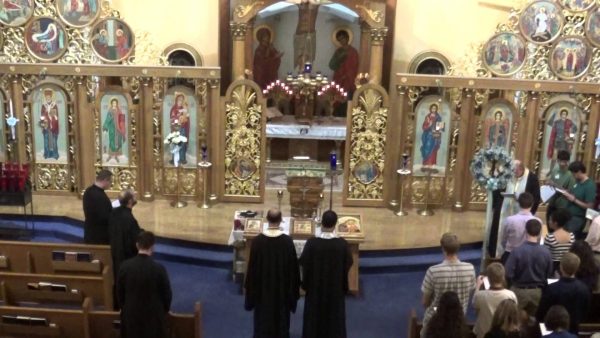 There’s an ancient saying that goes like this: Lex Orandi, Lex Credendi. This simply means that the way one prays indicates what they believe.

As Orthodox Christians, our prayers show that we truly believe God is active in the world.

His mercy is actively recreating it and we, as Christians, look for its complete recreation in the resurrection in the end time.

And, as Orthodox Christians, our prayers urge us to love our neighbors and be an active participant in the transformation of the world.

So, come, live out your royal priesthood, and pray for the world.

And, if you’d like to make a donation to help those suffering, I encourage to go over to International Orthodox Christian Charities (click here) and make a donation.