ROC: Greek Church Is Not Independent in Its Decisions 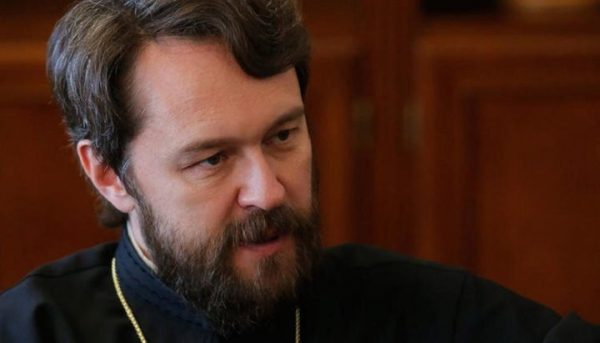 The Greek Orthodox Church does not have full independence, therefore it always follows in the wake of the Patriarchate of Constantinople, said the head of the Synodal Department for External Church Relations of the Russian Orthodox Church, Metropolitan Hilarion (Alfeyev) of Volokolamsk, Interfax reports.

“It’s unfortunate that the Greek Church made such a decision, but we understand that the Greek Church is not independent: there is no full autocephaly, full independence, half of its hierarchs are generally hierarchs of the Patriarchate of Constantinople, it does not have any kind of its own foreign policy, therefore, it always follows in the wake of the Patriarchate of Constantinople,” the hierarch said expressing the hope that “no other Local Church will follow this sad example.”

On October 28, Epiphany Dumenko had received a peace missive from the Primate of the Greek Orthodox Church, Archbishop Ieronymos of Athens and All Greece, which testifies to the actual recognition of the schismatic Orthodox Church of Ukraine. In this connection, the Ukrainian Orthodox Church Department of External Church Relations issued an official statement in which it informed that the Holy Synod of the UOC will make the decision on the possibility of further Eucharistic communion and con-celebration with the clergy of the Greek Church.