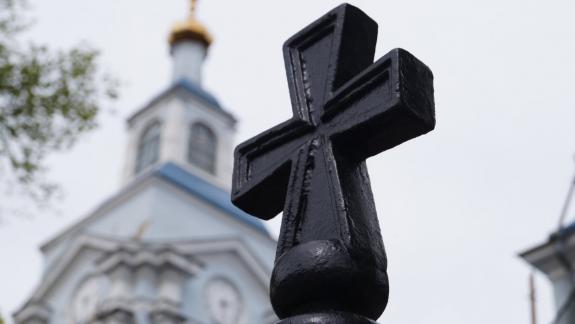 The Memorial Church of St. Seraphim of Sarov of the Russian Orthodox Church Outside of Russia in Sea Cliff, New Jersey has published an appeal to international human rights organizations to investigate the growing number of human rights violations against the hierarchs, clergy, and faithful of the canonical Ukrainian Orthodox Church under the headship of His Beatitude Metropolitan Onuphry of Kiev and All Ukraine.

We, the clergy and members of the parish council of the Church of St. Seraphim of Sarov in Sea Cliff, New York, being loyal citizens of the United States of America who have preserved a love for our heritage and our rich culture, especially respect and honor the unity of the Orthodox Church which serves throughout the territories of the former Russian Empire and former USSR. We hereby appeal to international human rights organizations with a request to investigate the numerous violations of human rights and religious freedom of the clerics and laity of one of the largest Orthodox Churches in the world, the Ukrainian Orthodox Church, headed by the Metropolitan of Kiev and all Ukraine Onouphry. We entreat you to exert a constructive influence upon the current situation.

We remember the difficult times of persecution during the era of the Soviet Union, which, thank God, have ceased, and so we particularly cherish the freedom of religion which we continue to experience here in America. However, our families, friends, social media, church and secular media report numerous instances of persecution, violations of law by government officials, police, and nationalists who demand the clergy and faithful of the Ukrainian Orthodox Church switch their allegiance to the so called “Orthodox Church of Ukraine”, an association of schismatics not recognized by the Orthodox world at large, and which lacks a legitimately ordained clergy. Furthermore, places of worship of the canonical Church are being seized. Clergy and laity are being interrogated, pressured, slandered and even physically assaulted, and their private quarters, along with other church buildings are subject to searches. In addition, the Verkhovnaya Rada (Supreme Council) of Ukraine passed new legislation (laws 5309 and 4128) that are directed at the dissolution of the Ukrainian Orthodox Church. Such an interference in religious affairs is a blatant violation of the Constitution of Ukraine and the fundamental principles of freedom of conscience. It ignites religious conflict and pushes society away from a peaceful and tranquil life.

We therefore strongly hope that international human rights organizations investigate the state of religious life in Ukraine and will influence the situation in such a way as to bring an end to the persecution of the clergy and faithful of the canonical Ukrainian Orthodox Church.