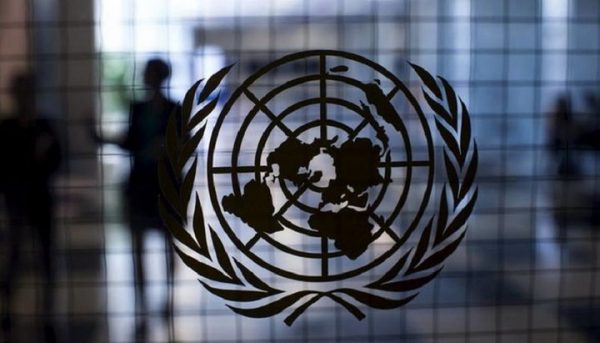 The Office of the High Commissioner of Human Rights for the United Nations released two reports on March 12, 2019, including information about religious tensions and oppression in Ukraine surrounding the autocephaly process: Report on the human rights situation in Ukraine 16 November 2018 to 15 February 2019 and Civic space and fundamental freedoms ahead of the presidential, parliamentary and local elections in Ukraine in 2019-2020.

The reports acknowledge that the religious situation has been worsened in Ukraine thanks to the Patriarchate of Constantinople’s actions there and that the canonical Church has suffered at the hands of the state, the schismatics, and right-wing extremist groups.

The section on “Freedom of religion or belief” in the “Civic space” report begins: “On 29 June 2018, a church in Odesa was robbed and desecrated. The police launched a criminal investigation into the fact of robbery, while disregarding a possible additional classification as hate crime.”

The report then makes three main points, highlighting a number of human rights violations against the hierarchy, clergy, and faithful of the canonical Church, which OrthoChristian has previously reported on, including unfounded charges, unwarranted searches and seizures, the forceful renaming of the Church, and the restriction on the canonical Church’s military chaplaincy work:

In the “Report on the human rights situation,” the Human Rights Commissioner’s Office also notes that it documented cases of intimidation against members of the canonical Church at the time of the “unification council” on December 15 and that it has documented several cases of false and forceful parish transfers to the schismatic church.

The UN therefore recommends that the Ukrainian government publicly condemn and investigate all violent attacks and to uphold Ukraine’s international human rights obligations, including the freedom of religion. It also calls upon the international community to further call upon Ukraine to respect human rights.

The clergy and faithful of the Memorial Church of St. Seraphim of Sarov in Sea Cliff, New York earlier appealed to international human rights organizations with a request to investigate the numerous human rights violations that occur daily in Ukraine.

In mid-February, Ukrainian authorities confiscated the passport and canceled the citizenship of His Grace Bishop Gideon of Makarov who was returning from America, where he had spoken to Congress and the State Department about the violence and human rights violation in Ukraine.

Most viewed articles
Strong Orthodox Presence at the 2022 March for Life158
As the End Draws Near – Silence122
Do We Act Differently Than Others?108
Patriarch Porfirije Thanks the Russian Church for Participation in Restoring Serbian Churches103
Metropolitan Onuphry: “The Key to the Doors of Paradise is Repentance”57
March for Life participants optimistic for a post-Roe America: ‘This is just the beginning’52
A Stone Thrown at God and Your Neighbor29
Sunday of the Samaritan Woman2
The Apostles’ Fast and Theology1
How We Worship: the Struggle of the American Experience1
Most popular authors
Pravmir.com team320
Archpriest Stephen Freeman122
Priest Luke A. Veronis107
Ryan Foley66
Protopresbyter Themistoklis Mourtzanos29
Maria Trushanina1