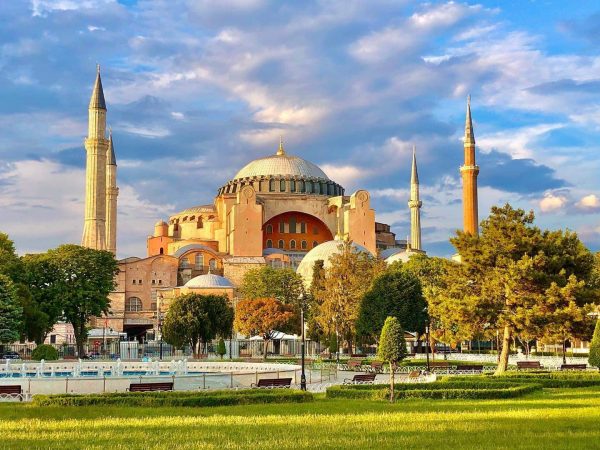 His Beatitude Patriarch Daniel told the Ecumenical Patriarch that the Romanian Patriarchate supports the preservation of the current status of the Hagia Sophia Basilica in Constantinople (Istanbul).

The status of this symbol for Christianity is being re-discussed in Turkey. The Ecumenical Patriarchate has asked the Turkish authorities to keep the current museum status for the UNESCO monument.

Press release on the status of Hagia Sophia: full text

On July 8, 2020, His Beatitude Patriarch Daniel sent a letter to His Holiness Ecumenical Patriarch Bartholomew, Archbishop of Constantinople – New Rome, in which he expressed the Romanian Patriarchate’s support for maintaining the current status of a museum of the Hagia Sophia cathedral in Constantinople (Istanbul).

The initiative of the Romanian Patriarchate takes into account the inestimable value of this basilica, unanimously recognized as a symbol of Christian faith and civilization and of universal art, which determined its inclusion in the universal cultural heritage of UNESCO in 1985.

In this context, the Patriarch of Romania expresses his solidarity with all those who defend this symbol of the universal Orthodox Church.

Through the action of the Romanian Orthodox Church, the members of the Holy Synod, the clergy and the entire Romanian people as believers in Romania express concrete support for the Ecumenical Patriarchate, in defence of the current status of the Hagia Sophia cathedral.

Most viewed articles
The Truth About Riches170
The Muskox Response To COVID-19118
Metropolitan Onuphry Speaks on How to Protect One’s Soul From Sin95
Patriarch Porfirije Thanks the Russian Church for Participation in Restoring Serbian Churches89
March for Life participants optimistic for a post-Roe America: ‘This is just the beginning’49
Most millennials, Gen Z adults support bans on abortions when baby’s heartbeat is detected: poll48
Do We Act Differently Than Others?40
Strong Orthodox Presence at the 2022 March for Life28
Sunday of the Samaritan Woman1
Most popular authors
Pravmir.com team260
Fr. Gabriel Bilas170
Archpriest Michael Gillis118
Ryan Foley49
Priest Luke A. Veronis39
Maria Trushanina1