Source: DECR
Patriarch Kirill of Moscow and All Russia | 06 July 2020 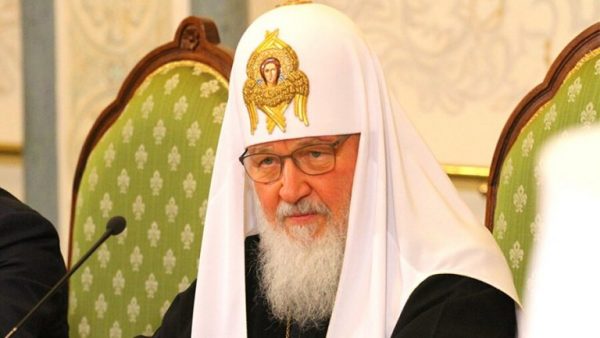 The Primate of the Russian Orthodox Church expressed his deep concern over the calls voiced by a number of the Turkish politicians for the change in the current status of Hagia Sophia, one of the greatest masterpieces of Christian culture.

I am deeply concerned over the calls of certain Turkish politicians to reconsider the museum status of Hagia Sophia, one of the greatest monuments of Christian culture.

Built in the 6th century in honour of Christ the Saviour, this church is of great importance to the whole Orthodoxy. And it is especially dear to the Russian Church. Prince Vladimir’s envoys stepped across the threshold of this church and were captivated by its heavenly beauty. Having heard their story, St. Vladimir received baptism and baptised Rus’, which followed him into a new spiritual and historical dimension – Christian civilisation.

Many generations conveyed to us admiration for achievements of this civilisation, with us now being its part. And Hagia Sophia has always been one of its devoutly venerated symbols. The image of this church has become deeply ingrained in our culture and history, having given strength and inspiration to our architects of the past in Kiev, Novgorod, Polotsk – in all the major centres of the spiritual formation of Early Rus’..

There were different, sometimes rather difficult periods in the history of relations between Rus’ and Constantinople.. Yet, with bitterness and indignation the Russian people responded in the past and respond now to any attempt to degrade or trample upon the millennium-old spiritual heritage of the Church of Constantinople. A threat to Hagia Sophia is a threat to the entire Christian civilisation and, therefore, to our spirituality and history. To this day Hagia Sophia remains a great Christian shrine for every Russian Orthodox believer.

It is a duty of every civilised state to maintain balance: to reconcile the society, and not aggravate discords in it; to help unite people, and not divide them.

Today the relationships between Turkey and Russia are developing dynamically. At the same time, one should take into account that Russia is a country with the majority of population professing Orthodoxy, and so, what may happen to Hagia Sophia will inflict great pain on the Russian people.

I hope for the prudence of Turkey’s state leadership. Preservation of the current neutral status of Hagia Sophia, one of the greatest masterpieces of Christian culture and a church–symbol for millions of Christians all over the world, will facilitate further development of the relations between the peoples of Russia and Turkey and help strengthen interfaith peace and accord.