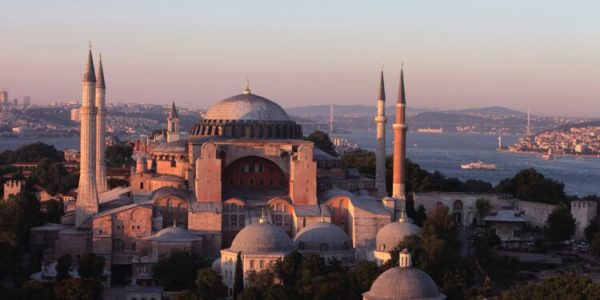 UNESCO must be notified of any change in the Hagia Sophia museum, which is likely to be reviewed by the World Heritage Committee, the United Nations Educational, Scientific and Cultural Organization (UNHCR) said on Thursday, reports the Orthodox Times.

The Turkish Council of State may decide today that the conversion of Hagia Sophia in Constantinople to a museum in 1934 was unlawful, two Turkish officials said, paving the way for its reconversion into a mosque, despite international concerns.

UNESCO told Reuters that Hagia Sophia had been inscribed on the World Heritage List as a museum, indicating that the state where it was located had specific commitments and legal obligations.

“Thus, a state must make sure that no modification undermines the outstanding universal value of a site listed on its territory,” the UN agency explained.

“Any modification must be notified by the state to UNESCO in advance, and be reviewed, if necessary, by the World Heritage Committee,” it added.

UNESCO also stressed that it had expressed its concerns to Turkish authorities in letters and that it had reiterated the message to Turkey’s ambassador to the institution on Thursday.

“We urge Turkish authorities to start a dialogue before any decision is taken that could undermine the universal value of the monument,” UNESCO added.

Turkish President Recep Tayyip Erdogan has proposed converting Hagia Sophia, a sixth-century temple that is one of the most visited monuments in Turkey, into a mosque.

The prospect of such an action has raised concerns among US, Russian and Greek officials ahead of today’s ruling by Turkey’s Supreme Administrative Court.