Source: Interfax-religion
Natalya Mihailova | 06 February 2016
Moscow, February 5, Interfax - Russian Catholics are hopeful that a meeting between Patriarch Kirill of Moscow and All Russia and Pope Francis in Havana on February 12 will help unite all efforts to protect Christians from persecution and genocide. 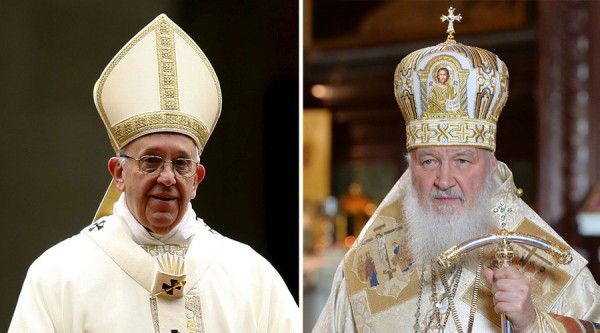 “The pope has regularly met with the heads of different Orthodox churches. A meeting with the head of the Russian Orthodox Church, as the largest one of them, will serve as a crucial milestone not only in strengthening the Orthodox-Catholic dialogue, but, first and foremost, will help unite the Christians’ efforts to defend fundamental values and primarily protect the Christians themselves from persecution,” the secretary general of the Conference of Catholic Bishops of Russia, Priest Igor Kovalevsky, told Interfax-Religion.

“It is a scandalous situation that Christians in different regions of the world are subject not only to persecution, but also to genocide in the 21st century,” he said.

Hopefully, the upcoming meeting between Patriarch Kirill and Pope Francis will help unite efforts of different faiths to protect the Christians around the world, he added.