Source: Interfax-religion
Natalya Mihailova | 08 February 2016
Moscow, February 8, Interfax - Talgat Tajuddin, supreme mufti of the Central Spiritual Muslim Board of Russia, believes the upcoming meeting between Patriarch Kirill and Pope Frances will have a positive effect on the fate of Christians across the world. 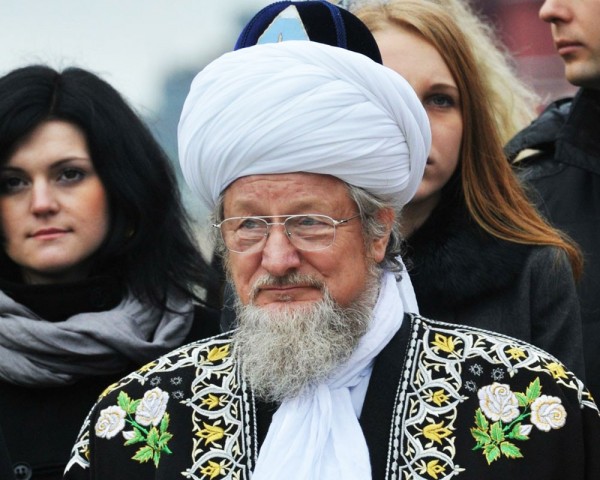 “On behalf of our country’s Muslims, I cordially welcome the decision by the leaders of the two Churches to hold talks because any meeting is a path toward mutual understanding,” Tajuddin told Interfax-Religion.

He said he has long known the current Moscow patriarch “as an excellent spiritual leader” who during his time as metropolitan co-founded the Inter-Religious Council of Russia and had previously participated in the work of the World Council of Churches and therefore “possesses rich experience in inter-faith dialogue.”

“The kind relations between mainstream religions in Russia set an example for the whole world and the fact that these religions exist is due to the huge role of Patriarch Kirill who had worked to strengthen them during his time as head of the Department for External Church Relations, and particularly as the leader of the Church. The fact that Patriarch Kirill has behind him a huge experience in dialogue will allow him to make this meeting with the pope truly historical and will have a beneficial effect on the situation of Christians and their relations with each other,” mufti Tajuddin said.

The subject of persecutions against Christians, which it was stated will be become central at the meeting between the patriarch and the pope was discussed the other day at a religious conference in Morocco, where Tajuddin was among attendees.

“It was said at the forum that Christians and Muslims in Islamic countries have for centuries lived side by side, respecting one another, and today’s escalation between them occurred only recently and was artificially brought in by politicians and extremists,” the mufti said.

“Politics is politics but the voice of God and the voice of the people must reach the heads of state. I wish success to the meeting between the patriarch and the pope,” he said.