Source: Sputnik
The Russian Orthodox Church sent a letter to US Secretary of State Rex Tillerson with its arguments against the recent report on alleged discrimination of religious minorities in Russia.
Natalya Mihailova | 30 September 2017 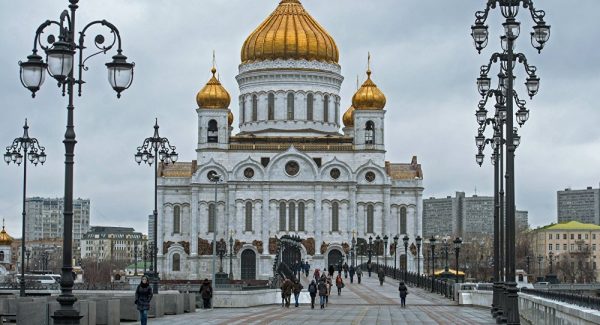 MOSCOW (Sputnik) — Moscow Patriarchate has sent a letter to US Secretary of State Rex Tillerson with the regard to the recently published report of the State Department suggesting that religious minorities faced discrimination in Russia, the deputy chairman of the Patriarchate’s Department for External Church Relations (DECR) said Friday.

“The letter has been sent to the US Embassy to hand over to the addressee,” archimandrite Filaret said, stressing that it was not an open letter.

According to Filaret, the department’s website would publish the main arguments of the Russian Orthodox Church, in connection to the report, after the letter has been received.

Dmitry Safonov, the head of the sector for interreligious contacts in DECR, said Tuesday that the Russian Orthodox Church was preparing the letter in connection with the report, which it consideres “quite subjective and obviously biased.”

According to Safonov, the paper did not adequately report on the problems of the Ukrainian Orthodox Church of the Moscow Patriarchate (UOC-MP), a self-governing branch of the Russian Orthodox Church in Ukraine. Safonov said that the document “does not mention multiple cases of churches set on fire, priests beaten up and the draft laws that are being prepared for adoption in Ukraine, completely discriminatory toward all religious groups that do not have centers in Ukraine.”

The report, published in August, contains information on the status of religious rights in hundreds of countries, describing the existing legal framework, government practices and societal attitudes.