Russian Parish in Iceland Prays for Peace in Nagorno-Karabakh 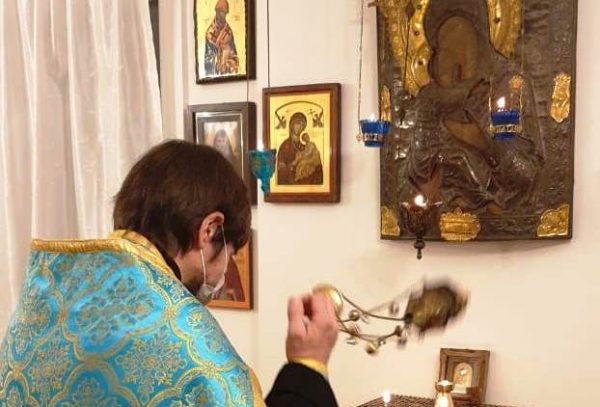 Supplicatory prayers were sung before the venerated copy of the Vladimir Icon of the Most Holy Mother of God for a speedy peaceful solution of the conflict in Nagorno-Karabakh at the chapel of St. Nicholas stauropegial parish of the Moscow Patriarchate in Reykjavik in the evening of October 9, 2020. The prayer service was led by rector of the parish Archpriest Timofey Zolotusky.

The parishioners, among them both Armenians and Azerbaijanis, residents of Iceland, together with the rector prayed ‘so that all the feuds, discords, divisions, enmity and anger may be stopped for good in the much-suffering land of Nagorno-Karabakh and lasting peace may be granted to His people’. Special petitions were also lifted up for a speedy healing of the wounded and affected. After the prayer service, a lity was said for the repose of the souls of victims.

During the service, the congregation observed the sanitary restrictions imposed the day before in the metropolitan district, namely, the minimal distance of two meters,  masks and the presence of not more than 20 people indoors. For this reason, many parishioners joined the prayer, which was broadcast live on the Internet, staying at home. Similarly, the prayer was joined by representatives of the Moscow Patriarchate’s fraternal Parish of St. Nicholas at the Faroe Islands.