Russian Patriarch Kirill prays for Ukraine together with hundreds of parishioners

Source: Voice of Russia
On the eve of Easter, Patriarch of Moscow and all Russia Kirill prayed for Ukraine together with hundreds of parishioners of the Cathedral of Christ the Savior.
Natalya Mihailova | 19 April 2014 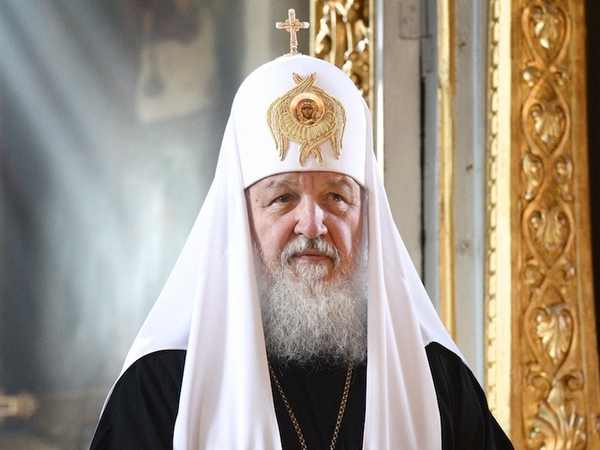 “Politically, Ukraine is a foreign country, but spiritually and historically, this has never been so. We are the same nation before God, we practice the same Orthodox religion, however much someone wanted to tell that the Ukrainian people practice other religions, too,” said the Patriarch, addressing the religious before the beginning of the prayer

He noted that “we respect religious minorities, but continue to state and will argue that Ukraine is an integral part of Holy Rus, an Orthodox country.”

Patriarch Kirill called on “all the faithful of the Russian Orthodox Church” to pray on the eve of the main Christian holiday “for the people of Rus living in Ukraine” in order for the Lord to pacify the Ukrainian land and not to allow an “internal war” under any circumstances, to stop the intentions of those who would like “to tear Holy Rus to pieces” by political means or power pressure.

“It has repeatedly occurred in history, and nobody has ever managed to do it,” said the Patriarch. “And today, as the temptation to bridge this gap with the acquisition of military and political superiority is strong, we, Orthodox children of Holy Rus, should pray to the Lord for the pacification of Ukraine, cessation of violence, and establishment of peace.”

Respecting the sovereignty of the modern Ukraine, the Patriarch said that he would pray that the Lord helped to overcome the political and social crisis in this country, a new government was legitimately elected and the changes, which corresponded with today’s wishes of the people of the Republic, were introduced in the Constitution.