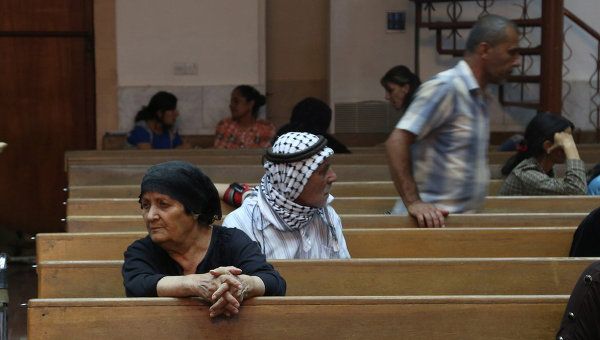 “The community center of IOPS for the protection of Christians in the Middle East and North Africahave begun preparing the so-called White Book, where we hold the names of the victims, glaring instances of harassment and persecution of Christians, and which we will pass to the structures of the UN and present for the judgment of the world public,” Agapova said at a press conference at Rossiya Segodnya International Information Agency.

The vice-chairman spoke of the situation in the second largest Iraqi city of Mosul, which now has almost no Christians, despite the fact that under the former Iraqi leader Saddam Hussein their number accounted for 40 percent of the population.

“Today, for the first time in 16 centuries there are no services of worship in the temples of Mosul,” Agapova said.

According to Agapova, the Islamic State militants force the local Christians either to convert to Islam, or pay a special tax of $250 per month for each family member, or leave the city.