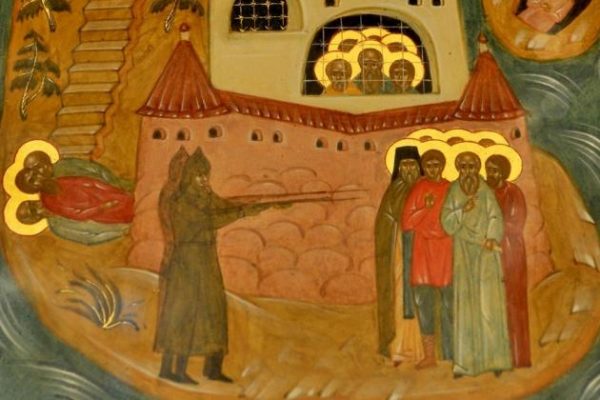 Gathered under the chairmanship of His Holiness Patriarch Kirill in Moscow yesterday, the Holy Synod of the Russian Orthodox Church resolved to add 12 names to the Synaxis of the New Martyrs and Confessors, including a number of previously locally-venerated saints, reports OrthoChristian.

The Synod heard the reports of His Grace Bishop Pankraty of Troitsk, the Chairman of the Synodal Commission for the Canonization of Saints, regarding the petition of His Eminence Metropolitan Mark of Vyatka and Sloboda to canonize Archpriest Nikolai Florov as a New Confessor, as well as several saints venerated in the Russian Church Abroad, reports Patriarchia.ru.

The Synod resolved to canonize Archpriest Nikolai, setting his commemoration as June 20/July 3, the day of his holy repose.

Thus, having studied the lives of a number of ascetics of piety from the period of persecution against the Russian Church in the 20th century, the Commission for the Canonization of Saints resolved to submit the names of several saints for inclusion in the Synaxis of the New Martyrs and Confessors of the Russian Church, which the Holy Synod approved:

Hieromartyrs Konstantin Zhdanov and Nikolai Okolovich were also previously celebrated as locally-venerated saints in the Belarusian Exarchate, and the Martyrs of Raifa were locally venerated in the Kazan Diocese.

Should their remains be uncovered, they will be venerated as holy relics.