Vladimir Legoyda, Head of the Synodal Department for Church's Relations with Society and Mass Media, called this “the most blatant discrimination”.
Pravmir.com team | 06 November 2020 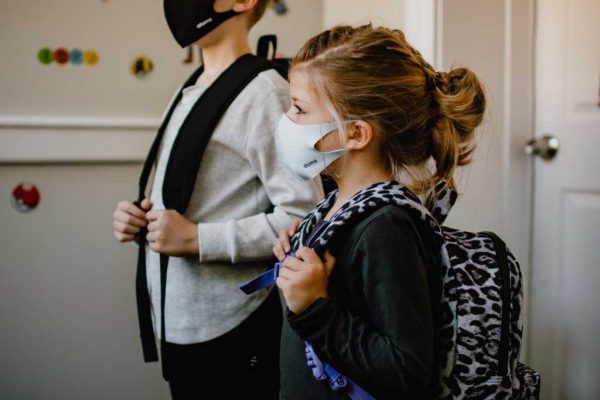 Photo by Kelly Sikkema on Unsplash

A Mississippi family is suing their young daughter’s school on the grounds of religious discrimination after the principal told the girl to remove a face-mask with the words “Jesus Loves Me” printed across it.

On Oct. 13, nine-year-old Lydia Booth wore the mask to her school in Pinola but was instructed to replace it with a different one, Life News reports.

Her parents, Matthew and Jennifer Booth contacted the Simpson County School District multiple times after the incident to explain that the school’s handbook did not have a policy prohibiting religious expression.

School officials said that messages were forbidden on masks when they are “political, religious, sexual or inappropriate symbols, gestures or statements that may be offensive, disruptive or deemed distractive to the school environment.”

But religious freedom law firm Alliance Defending Freedom (ADF), which is representing the family, says the First Amendment safeguards our right to freedom of expression which public schools have a responsibility to honor.

“Public schools have a duty to respect the free expression of students that the First Amendment guarantees to them,” said ADF Legal Counsel Michael Ross.

“While school administrators face challenges in helping students navigate school life during a pandemic, those officials simply can’t suspend the First Amendment or arbitrarily pick and choose the messages that students can or can’t express,” Ross said. “Other students within the school district have freely worn masks with the logos of local sports teams or even the words ‘Black Lives Matter.’ This student deserves an equal opportunity to peacefully express her beliefs.”

ADF filed a federal lawsuit on Nov. 3 on behalf of the Booth family asking the court to issue an injunction against the school’s policy and for the court to rule that the policy is “unconstitutional.”

The young girl is a Christian who “desires to share her religious views with her classmates,” the complaint reads. She “believes that Jesus loves people and wants people to trust in Him.”

In connection with this incident, Vladimir Legoyda, Head of the Russian Orthodox Church Synodal Department for Church’s Relations with Society and Mass Media, stressed that “the attempt to unreasonably restrict the right of Christians to self-expression, which in this case is not infringing on anyone’s rights whatsoever, is the most blatant discrimination”.