Source: Glory to God for All Things
Archpriest Stephen Freeman | 03 May 2022 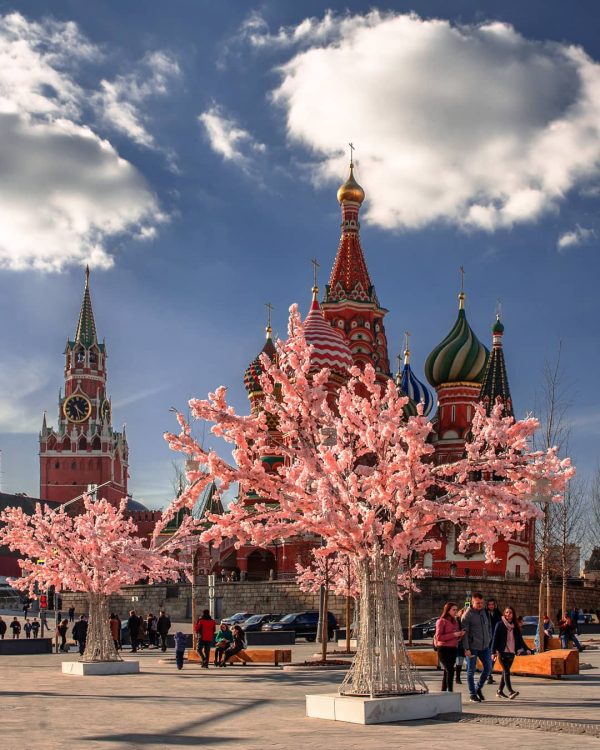 Among the most powerful meditations on Pascha are the writings of Melito of Sardis (ca. 190 AD). His homily, On Pascha, is both a work of genius as poetry and a powerful work of theology. Its subject is the Lord’s Pascha – particularly as an interpretation of the Old Testament. It is a common example of early Church thought on Scripture and the Lord’s Pascha. I offer a short verse, a meditation reflecting on the first-born of Egypt, who die in the Old Testament Pascha. He speaks of the darkness of death, and the grasping of Hades:

If anyone grasped the darkness
he was pulled away by death.
And one of the first born,
grasping the material darkness in his hand,
as his life was stripped away,
cried out in distress and terror:
“Whom does my hand hold?
Whom does my soul dread?
Who is the dark one enfolding my whole body?
If it is a father, help me.
If it is a mother, comfort me.
If it is a brother, speak to me.
If it is a friend, support me.
If it is an enemy, depart from me, for I am a first-born.”

Before the first-born fell silent, the long silence held
him and spoke to him:
“You are my first-born,
I am your destiny, the silence of death.”

The poetry is poignant – the words of death as horrifying as any ever spoken, “I am your destiny, the silence of death.” [shades of Darth Vader…]

Never before, it would seem to me, has the human race been more hungry for God’s true Pascha. In an over-abundance of experience, we declare ourselves to be the first-born of Egypt. We find ourselves in the grasp of a darkness we do not understand. Our lives are often removed from the immediacy of their existence and instead live and move in the context of the virtual world. We create names and roles for ourselves in a land of meta-make-believe.

Many people indeed live lives of “quiet desperation” simply because they have no hope and cannot imagine where hope would begin. The siren song of modern scientists, who find a strange comfort in the hope of ever-changing DNA, is just another form of the voice, “I am your destiny, the silence of death.” Those who stumble along with some vague hope in extra-terrestrial life (as though it would change the nature of our own existence) and the march of “progress” (the mere aggregation of technology) if they take time to notice, will see again, the “silence of death.”

In our strange, modern world, some have made peace with this silence, the last blow of the secularist hammer on the fullness of the life of faith: better the grave than the resurrection.

St. Melito obviously offers an alternative view of the world. The Christ who “trampled down death by death,” the Lord of Pascha, is foreshadowed in the world (particularly in the accounts of the Old Testament). The Christ proclaimed by St. Melito is the Christ who confronts death itself, including the meaninglessness that we know too well in our modern world. This Christ is God in the Flesh, who has condescended into the existence of man and grappled with the “destiny of the silence of death.” In the face of the death of His friend, Lazarus, Christ cries out, “Lazarus, come forth!” With that cry the Church’s observance of Holy Week begins.

“The day is coming and now is, when those in the grave will hear the voice [of the Son of God] and come forth.”

Our “angel” has come to protect us from the devastation of the angel of death, the one who promises us only “the silence of death.” The Lamb has been slain and the Cross has been signed over our doorposts. We need not go quietly into the night.

Some years back I sat in the tomb of Lazarus. I sat and listened for an echo of the voice which shattered death. I did not hear it with my physical ears – but my heart was lifted up in hope. “All those in the graves will hear His voice.” Before that experience, and many times since, I have been in various forms of that tomb, and sat alongside others who found themselves there as well.

Whatever we may say of hell or sheol, it reflects an experience that we already know. The alienation in the phrase, “I am the silence of death,” accompanies everything that severs our communion with God, the self, and others. If you have been there, and if someone brought you out, then you already know something of the joy of Pascha. That Christ can enter such a place (and that He already has) is itself the truly great miracle. God is so big. How can He become so small? God is life. How can He have died?

There is a “personal” Pascha within each of us, just as there is a personal hell. The hell seeks to tell us that it is our destiny. No matter its face, no matter its torment, hell is not the last word. Christ tramples down that false destiny and welcomes us to His new life.