Why Does God Allow Death? 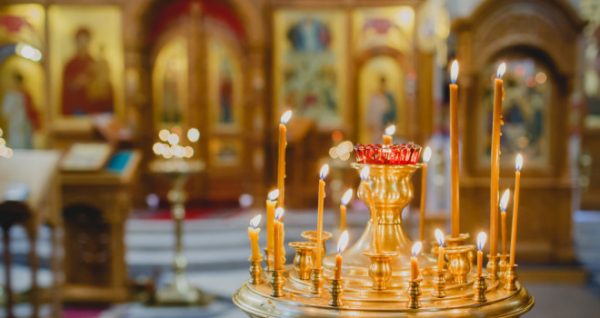 Why does the soul ever separate from the body? Let’s reflect back on the story of creation. Mankind was the apex of God’s creation. He was the object of His love. In Scripture the body is identified as a home, a tent, the glorious and beautiful clothes of the soul. When first created man lived in peace. He was given all of creation for his benefit and enjoyment. All his needs were met. He had no need for clothing and he experienced no sorrow or suffering. What went wrong?

First, let’s establish that death, this separation, is not created by God.

Man was created for eternal live, not death. He was made in the image and likeness of God. So why do we now face death? The answer is found in the story of Adam and Eve where they disobeyed God and separated from Him. The consequence or their action was the separation of the soul from the body, death.

You may freely eat of every tree of the garden; but of the tree of the knowledge of good and evil you shall not eat, for in the day you eat of it you shall die. (Genesis 2:16-17)

God tested them on their love of Him, and the proper use of their free will.

Remember what happened? After being tempted by the snake, the devil, they ate the fruit of the forbidden tree feeling safe to disregard God’s command, because the devil promised they would become like gods. Because they disobeyed God, they separated themselves from Him. They thought they were like God and put their will over His. Because of this they were expelled from Paradise, and were given mortal bodies subject to the fears and anxieties of death. You can see that death did not come from God, but is the result of the disobedience of Man. They were not able to follow His commandment, and when they approached God after disobeying Him they showed no remorse. Adam blamed Eve and Eve blamed the snake.

All this happened because man being created in God’s image was given a free will which was necessary so Man could love God.

Why did God allow this to happen to Man? In this way man could become perfect like God. He would not live eternally in sin, separated from God. Death assured that this sin of disobedience would not become an eternal condition of Man.

Therefore, death and decay are seen as a blessing. Saint Theophilos of Antioch uses the image of a vessel for the body. When we have a vessel that is damaged after it’s made, it is recast and refashioned to become new, complete and whole again.

The common view of Church Fathers is that bodily death is permitted by God to carry out its work of decomposition for the benefit of man. In this way, even though death appears to be evil, it is changed by our loving God into a great benefaction…so that the sickness of man may not remain eternal (p107 Vassiliadis). Being purified by the trials and tribulations of life, those who learn to love God and follow Christ can be transfigured in death and allowed back into His kingdom having perfected the virtue of obedience.