St. Paisios: “A Christian Must Not Be Fanatical”

Source: Holy Cross Orhodox Church
Let’s not stone our fellow-man in a so-called “Christian manner.” The person who – in the presence of others – checks someone for having sinned (or speaks in an impassioned manner about a certain person), is not moved by the Spirit of God; he is moved by another spirit.
St. Paisios of Mount Athos | 27 January 2015 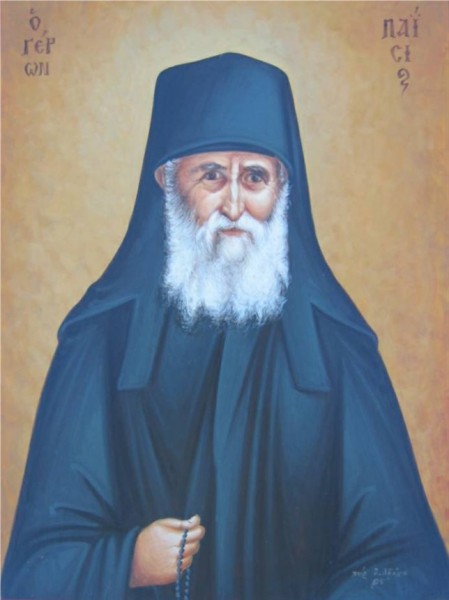 A Christian must not be fanatical; he must have love for and be sensitive towards all people. Those who inconsiderately toss out comments, even if they are true, can cause harm.

I once met a theologian who was extremely pious, but who had the habit of speaking to the secular people around him in a very blunt manner; his method penetrated so deeply that it shook them very severely. He told me once: “During a gathering, I said such and such a thing to a lady.” But the way that he said it, crushed her. “Look”, I said to him, “you may be tossing golden crowns studded with diamonds to other people, but the way that you throw them can smash heads, not only the sensitive ones, but the sound ones also.”

Let’s not stone our fellow-man in a so-called “Christian manner.” The person who – in the presence of others – checks someone for having sinned (or speaks in an impassioned manner about a certain person), is not moved by the Spirit of God; he is moved by another spirit.

The way of the Church is love; it differs from the way of the legalists. The Church sees everything with tolerance and seeks to help each person, whatever he may have done, however sinful he may be.

I have observed a peculiar kind of logic in certain pious people. Their piety is a good thing, and their predisposition for good is also a good thing; however, a certain spiritual discernment and amplitude is required so that their piety is not accompanied by narrow-mindedness or strong-headedness. Someone who is truly in a spiritual state must possess and exemplify spiritual discernment; otherwise he will forever remain attached to the “letter of the Law”, and the letter of the Law can be quite deadly.

A truly humble person never behaves like a teacher; he will listen, and, whenever his opinion is requested, he responds humbly. In other words, he replies like a student. He who believes that he is capable of correcting others is filled with egotism.

A person that begins to do something with a good intention and eventually reaches an extreme point, lacks true discernment. His actions exemplify a latent type of egotism that is hidden beneath this behavior; he is unaware of it, because he does not know himself that well, which is why he goes to extremes.

The former reached the point of scraping the icon of Christ to throw the dust into the Holy Chalice, so that Holy Communion could become better; the others again burned the icons and threw them away.

This is why the Church was forced to put the icons high and, when the persecution passed, they brought them low, so that we could venerate them and honor the person depicted.

Fire Destroys an Orthodox Church in…

The rescuers believe it was an arson.

Most viewed articles
How to Survive in Modern City. 8 Essential Conditions216
What a Caveman Said: To Perceive That Which Is Eternal107
The Reason Christ Revealed Himself82
Appeal for Help from the Church of the Mother of God in Austria82
Vandals Attack Serbian Church in Croatia77
Fire Destroys an Orthodox Church in Estonia76
The Church’s Birthday – on the Feast of Holy Pentecost58
How Often Do We Come to Church and Worship God?1
Most popular authors
Fr. Andrei Gavrilenko216
Pravmir.com team153
Archpriest Stephen Freeman107
Archpriest Geoffrey Korz82
Archpriest Georgy Kharlov82
Metropolitan Hilarion (Alfeyev)57
Maria Trushanina1
Priest Luke A. Veronis1