Fragment of the First Temple-Era Wall Discovered in Jerusalem

The found site was revealed as a missing link in the fortification system of ancient Jerusalem.
Pravmir.com team | 17 July 2021 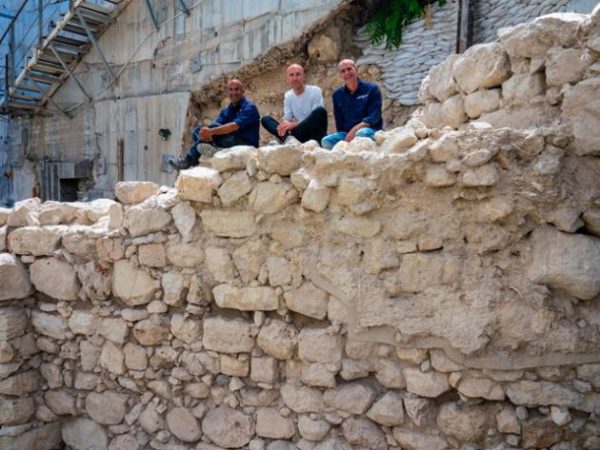 In the City of David National Park in Jerusalem, Israeli archaeologists unearthed a fragment of the defensive wall that surrounded the capital of ancient Judea during the First Temple period. The discovery was made by specialists from the Antiquities Department of the Elad Partnership, according to newsru.co.il.

The height of the 30-meter section of the wall is 2.5 meters, and the thickness is 5 meters.

In the 1960s, the British expedition of Kathleen Kenyon and the Israeli expedition of Yigal Shiloh excavated two other sections of the wall on the eastern slope. For many years it was believed that they were not part of a single protective structure. The new find revealed the missing link of the defensive wall of ancient Jerusalem, which withstood the onslaught of the Babylonians.

Archaeologists note that during the storming of the city, it was the eastern wall that remained intact. Probably, the steep slope in this part of the terrain forced the besiegers to choose another area for the breakthrough.

The first temple in Jerusalem was the main place of worship and legislative place of ancient Judea for several hundred years. It was destroyed in the 6th century BC by Babylon.

These events are narrated in 2 Kings chapter 25 8:10 of the Old Testament: And in the fifth month, on the seventh day of the month, which is the nineteenth year of king Nebuchadnezzar king of Babylon, came Nebuzaradan, captain of the guard, a servant of the king of Babylon, unto Jerusalem: And he burnt the house of the LORD, and the king’s house, and all the houses of Jerusalem, and every great man’s house burnt he with fire. And all the army of the Chaldees, that were with the captain of the guard, brake down the walls of Jerusalem round about.